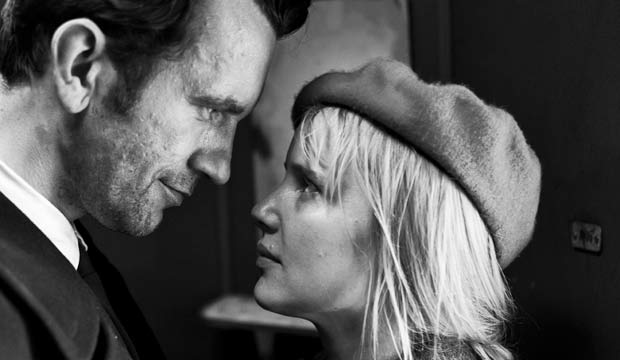 Pawel Pawlikowski already made history for Poland by winning the nation its first Oscar for Best Foreign Language Film for “Ida” (2014). Could he make history again this year by becoming only the third Polish filmmaker to be nominated for Best Director — and the first for a Polish-language film? He’s a dark horse contender for “Cold War,” a period romance about star-crossed lovers that was inspired by Pawlikowski’s own parents.

The best known Polish director to make the cut at the Oscars was Roman Polanski, who was nominated three times, for “Chinatown” (1974), “Tess” (1980) and “The Pianist” (2002), all of them in the English language. He ended up winning the Oscar for “The Pianist,” but his artistic legacy has been marred by his personal legacy. He pleaded guilty to statutory rape in 1977, and he has been living abroad as a fugitive since 1978.

The only other Polish director to earn a nom was Krzysztof Kieslowski, the man behind “The Double Life of Veronique” (1991) and the revered French-Language “Three Colors” trilogy (1993-1994). His Oscar nomination came for the final film in that trilogy, “Red.” He retired from filmmaking after that trio of films, but he died just two years later in 1996.

Could Pawlikowski follow them with another milestone for Polish cinema? All season it has been another filmmaker who has gotten the lion’s share of attention for a black-and-white foreign language movie: Alfonso Cuaron for “Roma,” which has won Best Picture and Best Director honors from numerous critics groups and nominations at the Producers Guild Awards, Directors Guild Awards and BAFTA Awards. But Pawlikowski has been widely recognized too.

Pawlikowski won Best Director at the 2018 Cannes Film Festival and European Film Awards. Most recently he broke through at the BAFTA Awards for Best Director and Best Original Screenplay in addition to “Cold War’s” bid for Best Foreign Language Film. Since the BAFTAs are an industry award whose membership composition is similar to the American motion picture academy, it would be wise to take Pawlikowski seriously at the Oscars.

Since those BAFTA noms were announced on January 9, 11 of the Expert journalists we’ve polled from top media outlets have updated their predictions, and three of them say Pawlikowski will make the cut: Tariq Khan (Fox TV), Christopher Rosen (TVGuide.com) and Anne Thompson (IndieWire).

If both Cuaron and Pawlikowski are nominated, this would be only the second time in Oscar history that there have been two foreign language films up for Best Director. The last time was 1976, when Ingmar Bergman was nominated for “Face to Face” (Swedish) against Lina Wertmuller for “Seven Beauties” (Italian). You could also arguably count 2006 when Clint Eastwood was nominated for “Letters from Iwo Jima” (Japanese) alongside Alejandro Gonzalez Inarritu for “Babel” (multiple languages), but since “Babel” included large portions in English it’s not generally considered a foreign language film.

So do you think the internationally renowned Pole will vault into the Oscar race?