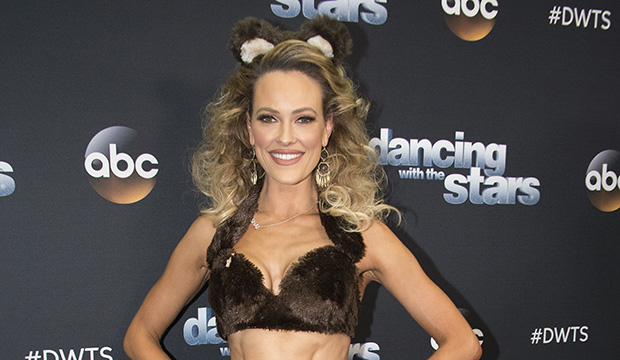 “Dancing with the Stars” is returning in the fall and if Peta Murgatroyd had her druthers, so will she.

The two-time champ hasn’t competed since Season 25 in fall 2017, but she tells “Entertainment Tonight” that she’s ready to hit the hardwood again. “I would love to be back,” she says (watch below). “I miss everybody and although it is hard work — it is the toughest job of all time — but I don’t know what it’s gonna take to get me back.

It’s hard to see why “Dancing” wouldn’t want her back if she’s willing. Murgatroyd is a popular pro from the old guard and is married to an even more popular/lightning rod pro, Maksim Chmerkovskiy. The show is off the air this spring, so the longer hiatus before Season 28 this fall — after a rocky 27th season — should give producers enough time to restore interest, make any tweaks and perhaps secure some old faces.

Murgatroyd has been a pro since Season 13, winning Season 14 with Donald Driver and Season 22 with Nyle DiMarco. She missed Season 21 due to an ankle injury and Season 23 because of her pregnancy. Last year, she skipped the four-week “Athletes” season and Season 27 to tour with her husband and brother-in-law Val Chmerkovskiy, and to film her first movie, “Faith, Hope & Love,” which hit theaters last Friday.

While Murgatroyd wants another Mirrorball trophy, she thinks her husband, who also hasn’t been on since Season 25, is “done” as a pro. But she reiterated his previously stated wish to return in another capacity. “I think he would love to judge,” she says. “I think it’s great to have one person like that. Somebody needs to tell it like it is and be like the ballroom expert, and that’s what he is.”