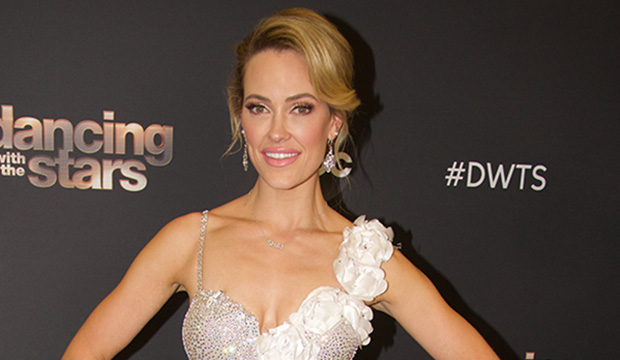 Peta Murgatroyd wants to have another kid, and if she had her druthers, she won’t miss the next “Dancing with the Stars” season because of it.

“I would love to have more kids. We’re talking about it now and trying to — it sounds crazy — schedule it in,” the pro told “Us Weekly.” “The next season will probably be in fall again, so can I fit a baby in before then? Probably can, so we’ll see if it’s doable, yeah.”

The Aussie, who just became a U.S. citizen this week, has a 2-year-old son, Shai, with husband Maksim Chmerkovskiy. She sat out the 23rd season because of her pregnancy, but returned for Season 24, which premiered two and a half months after she gave birth. Since “Dancing” will likely be on hiatus in the spring again and return next fall, she wouldn’t have to miss a season this time around.

This is also the first time Murgatroyd has expressed interest in returning for a yet-to-be-ordered 29th season. After taking Seasons 26 and 27 off, she returned this season, but her comeback was short-lived as she and Lamar Odom were eliminated on Monday after four weeks.

Murgatroyd was the only pro who is a parent this season and she found herself dispensing advice to her colleagues who are having baby fever.  “A lot of them have come to me because … they liked how I scheduled [my pregnancy] and how I could get back to work,” she said. “I think women nowadays definitely are wanting to work still and not just be a stay-at-home mom. They still want to have careers, they still want to be out there being successful.”

She foresees “a massive baby boom” on the show soon, at which point “all the girls will be gone, and it’ll just be guys on the pro show,” she quipped.