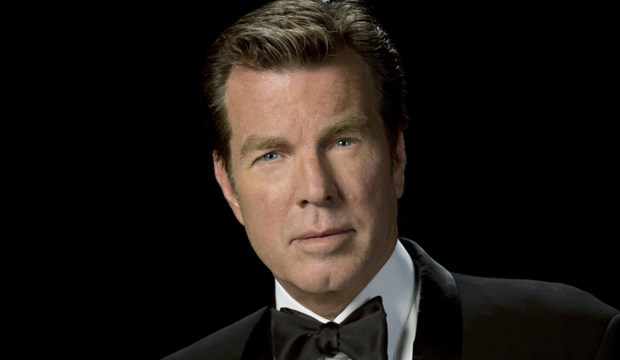 Peter Bergman is back at the Daytime Emmys, which is hardly new. He has earned his 22nd Best Actor nomination, his 21st for playing Jack Abbott on “The Young and the Restless” (his other nomination was for his prior work on “All My Children”). He is by far the most nominated actor in the history of this category, but he has only one three times previously, in 1991, 1992, and 2003.

Although the Daytime Emmys have not released the drama acting reels to the public this year, they have been made available to the press. Let’s take a look at Bergman’s submission below.

Synopsis: Bergman’s scenes involve the public revelation that Jack is not the biological son of John Abbott, the celebrated patriarch of the Abbott clan. Jack is publicly humiliated, but is comforted by his brother Billy (Jason Thompson). Later, Jack fondly remembers his bond with his “father,” something that has now been taken away from him. Jack then rips into his mother (Marla Adams), both for her infidelity and for her public revelation (she unexpectedly spilled the beans as a result of her Alzheimer’s disease).

The final scenes take place after Jack has discovered that the revelation about his parentage was a charade orchestrated by his sister Ashley (Eileen Davidson). Jack confronts Ashley in the offices of their family company, and excoriates Ashley for her cruelty. He declares that she is an embarrassment to the family, and after tearing her name off the door, he hurls their father’s chair through the office window.

Pros: After 22 nominations, Bergman knows how to assemble an Emmy reel, and this year he has submitted one of his best. We get to see Jack’s despair over the loss of the most important relationship in his life, followed by his anger towards his mother for her betrayal. And in his scenes with Davidson, Bergman gives a master class in conflicting emotions, communicating equal parts rage and sadness at his sister’s vengeful behavior. Emmy voters also love impact, and the reel ends with one of the most impactful moments in any of the acting reels, as Bergman hurls the chair through that window.

Cons: Bergman has the most nominations in this category, but he also has the most losses. Because he is such a fixture in this race, many voters may feel Bergman has been adequately rewarded. In addition, “The Young and the Restless” underperformed in the acting categories this year (only five nominations across seven categories), which could also hurt Bergman’s chances.