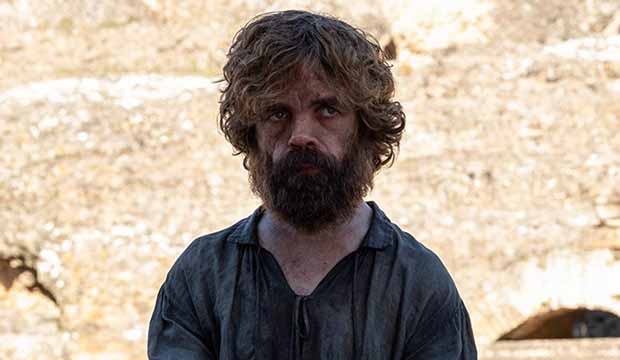 Gold Derby can exclusively reveal that Peter Dinklage is entering the “Game of Thrones” episode “The Iron Throne” as his 2019 Emmy Awards submission for Best Drama Supporting Actor. This program aired May 19 and was the sixth episode of the eighth season for the HBO show.

In this series finale, Tyrion (Dinklage) finds the bodies of Jaime (Nikolaj Coster-Waldau) and Cersei (Lena Headey) in the ruins. After resigning, he is imprisoned for treason. After the murder of new queen Daenerys (Emilia Clarke), he speaks to the leaders and suggests that all future monarchs be chosen by them rather than by family succession. New king Bran (Isaac Hempstead Wright) offers him the job of Hand.

It’s the eighth consecutive in this category for Dinklage, who has won three times in 2011, 2015 and 2018. He is also nominated this year for producing “My Dinner with Herve.” For this year’s contest, he is competing against past nominees Jonathan Banks (“Better Call Saul”), Nikolaj Coster-Waldau (“Game of Thrones”), Giancarlo Esposito (“Better Call Saul”) and Michael Kelly (“House of Cards”), plus rookie contenders Alfie Allen (“Game of Thrones”) and Chris Sullivan (“This Is Us”).