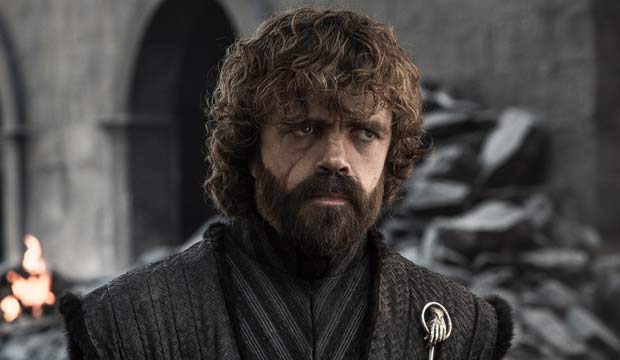 While the Screen Actors Guild Awards honor supporting performances for film, there is no such distinction for television. Instead, lead TV stars and supporting players compete together in categories separated by genre and gender. It should come as no surprise then that in the race for Outstanding Performance by a Male Actor in a Drama Series, there’s an obvious bias toward leading men. In fact, only once in the 25-year history of the SAG Award has a supporting actor taken home the prize: John Lithgow (“The Crown”) in 2017. Can Peter Dinklage (“Game of Thrones”) now become the second such featured performer to prevail?

For “Game of Thrones,” Dinklage has been nominated five times for individual SAG Awards and six times as part of the show’s sprawling cast. He’s now in the Emmy record books for the most drama supporting actor trophies ever at four, so it’s somewhat strange he’s never won a SAG Award for his role as Tyrion Lannister. In addition, Dinklage was nominated for his film work in “The Station Agent” (individual and ensemble) and he won for “Three Billboards Outside Ebbing, Missouri” (ensemble). No other “Game of Thrones” star, male or female, has ever been singled out for their individual work by Screen Actors Guild Awards voters.

Other than Dinklage and Lithgow, just four other supporting actors have been nominated over the past 25 years in the category of Outstanding Performance by a Male Actor in a Drama Series: Joseph Fiennes (“The Handmaid’s Tale”) in 2019, David Harbour (“Stranger Things”) in 2018, Alan Alda (“The West Wing”) in 2006 and Hector Elizondo (“Chicago Hope”) in 1994.

SEEWant to revisit ‘Game of Thrones’? Here are all 31 episodes that won Emmys, from ‘Baelor’ to ‘The Iron Throne’ [PHOTO GALLERY]

According to exclusive Gold Derby predictions, this year’s five male actor nominees will be Dinklage, Billy Porter (“Pose”), Sterling K. Brown (“This Is Us”), Brian Cox (“Succession”) and Tobias Menzies (“The Crown”). Of that predicted group, only Brown has won this category before at the Screen Actors Guild Awards, while Porter is coming off a recent victory at the Emmys.

Potential spoilers in the race include Harbour, Steve Carell (“The Morning Show”), Rami Malek (“Mr. Robot”), Kit Harington (“Game of Thrones”) and Milo Ventimiglia (“This Is Us”). As a reminder, reigning SAG winner Jason Bateman is not eligible this time around since “Ozark” didn’t air within the 2019 calendar year.