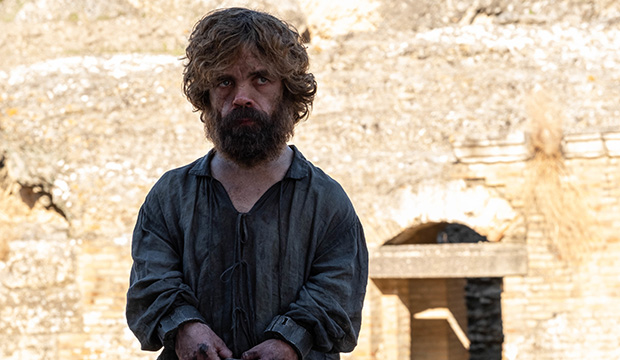 Peter Dinklage is the biggest winner in the Best Drama Supporting Actor category at the Emmys, but he could become the biggest loser at the Screen Actors Guild Awards.

The “Game of Thrones” star, who won his record fourth drama supporting actor Emmy last month, has long been the sole recipient of awards among the series’ sprawling cast. But he has never taken home the drama actor SAG Award — “Game of Thrones” has never won a SAG Award outside of stunt ensemble — despite five previous nominations. Should he receive a sixth bid for the final season, as he’s expected to, and not win yet again, he would tie Jon Hamm as the category’s biggest losers at 0-6.

Adding insult to injury, Hamm has a leg up on Dinklage since he has two drama ensemble SAG Awards for “Mad Men”; he just never won individually for bringing Don Draper to life. The cast of “Game of Thrones,” meanwhile, has been 0-6 in drama ensemble.

Michael C. Hall (“Dexter”) and Hugh Laurie (“House”) are also six-time drama actor nominees, but both have won; Hall in 2010 and Laurie in 2007 and 2009. Just two people have more nominations and both have multiple wins: “The Sopranos” star James Gandolfini holds the record with three victories (2000, 2003 and 2007) out of seven bids, and nine-time nominee Dennis Franz won the very first award in 1995 for “NYPD Blue” and again two years later.

Could farewell sentiment carry Dinklage — and even the cast — to the stage in January? Perhaps. But the overall sentiment about the final season was far from positive. And it is telling that a global phenomenon like “Game of Thrones” has never been able to win at the SAG Awards, which is the most populist group of all. Then again, “Game of Thrones” is not really an acting showcase, prioritizing spectacle and dazzling set pieces, so the only SAG category you can remotely feel confident about is stunt ensemble, which it’s won for every season so far.

Dinklage is currently in third place in our odds, trailing reigning Best Drama Actor Emmy champ Billy Porter (“Pose”) and Sterling K. Brown (“This Is Us”). Brian Cox (“Succession”) and Tobias Menzies (“The Crown”) round out our predicted top five.