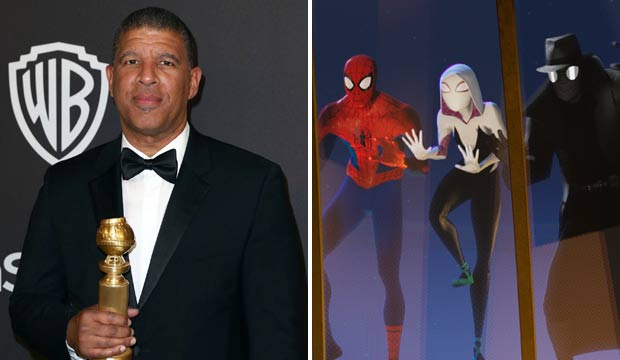 “Anyone can wear the mask.” That’s one of the key themes of “Spider-Man: Into the Spider-Verse,” and it’s what director Peter Ramsey told us was so important about the film when we talked to him last fall. “There’s an inherent message of diversity, acceptance and finding strength and commonality in your difference that’s baked into the fabric of the movie.” That diversity extended behind the camera too. Ramsey was the first black Oscar nominee in the history of Best Animated Feature, and he was the first ever to win when the film prevailed on Sunday night.

Ramsey was one of five winners for “Spider-Verse.” He shared the win with his fellow directors Bob Persichetti and Rodney Rothman, as well as producers Phil Lord and Christopher Miller. The film was an unexpected hit with critics and awards groups for its clever storytelling and its visually unique animation style. It has previously claimed prizes from the Golden Globes, Critics’ Choice Awards, Producers Guild Awards, BAFTA Awards and more.

“Spider-Verse” was the directing debut for Persichetti and Rothman, but Ramsey has been in the awards conversation before. He previously directed the animated holiday film “Rise of the Guardians” (2012), which was nominated at the Golden Globe, Critics’ Choice, Producers Guild and Annie Awards but missed the cut at the Oscars.

Producers Lord and Miller had also been awards contenders. “The Lego Movie” (2014), which they directed, won Best Animated Feature at the BAFTAs and Critics’ Choice Awards that year, but it was snubbed entirely at the Oscars. That makes this the first nomination and win for them as well. So this Oscar win was redemptive for everyone involved.