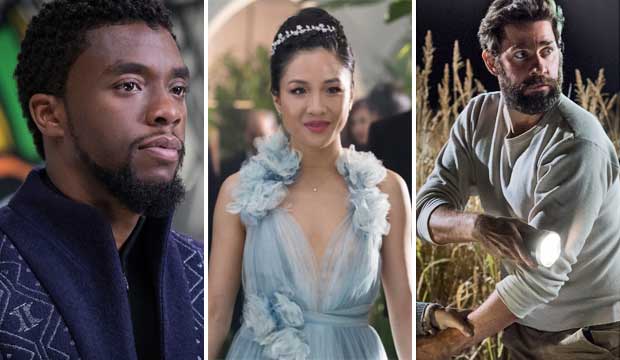 This was an ironic year for the Oscars to float the idea of a Best Popular Film category. The motion picture academy wanted to bring blockbusters into the fold since they’re not always recognized with Best Picture nominations. But it looks like they needn’t have bothered. The ensemble casts nominated by the SAG Awards were mostly from blockbusters, and now so are half of the Producers Guild Award nominees for Best Picture. The average domestic box office gross for the 10 contenders is a robust $157 million.

SEE2019 Producers Guild Awards: Which of the 10 nominees will make the cut for Best Picture at the Oscars?

Ranked in order of their box office to date, the PGA nominated films are as follows:

“Roma” is a bit of an outlier. It has made about $2 million in limited release, but it’s a Netflix film whose viewership will primarily be among online subscribers. If you take that out of the equation the average domestic box office goes up to $174 million.

Okay, you could consider “Black Panther” an outlier too since it was an unprecedented Marvel juggernaut. But even if you took out both “Black Panther” and “Roma,” the average of the other eight is still a hefty $109 million.

And that doesn’t even count international receipts. On top of its domestic total, “Black Panther” accumulated another $646 million overseas. “A Star is Born” ($188 million), “Bohemian Rhapsody” ($523 million), “A Quiet Place” ($152 million), “Crazy Rich Asians” ($64 million) and “BlacKkKlansman” ($40 million) also got boosts from international markets. And it’s early yet for films like “Green Book,” “Vice” and “The Favourite,” which could add to their box office here and abroad as the awards season progresses.

But the PGA’s affinity for big hits was bad news this year for smaller films like “If Beale Street Could Talk,” “First Reformed” and “Eighth Grade,” plus financially under-performing films like “First Man” and “Widows,” all of which missed the cut despite their critical acclaim. Are those films now doomed at the Oscars? The PGA nominees tend to correlate strongly to the Best Picture Oscar nominees. If nothing else, though, this is another nail in the coffin for the Oscars’ idea of differentiating between popular movies and other good movies. They seem to get along together just fine.