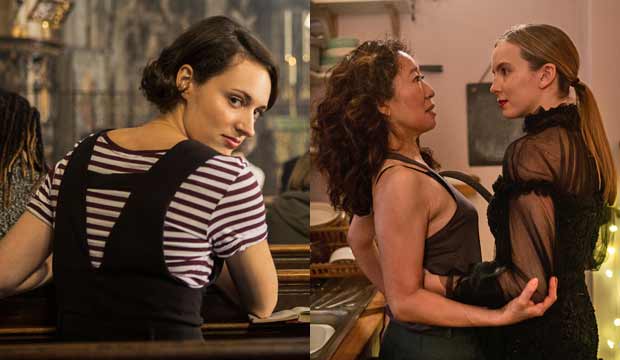 It’s been a good year for Phoebe Waller-Bridge to say the least: she won three Emmys in September, including Best Comedy Series, for the second season of “Fleabag.” It could get even better at the upcoming Golden Globes, where she has a chance to win Best Comedy Series for “Fleabag” and Best Drama Series for “Killing Eve,” a show she also created and executive produces. If she does, she would be the first creator in 21 years to win both on the same night.

The last creator who achieved that double play was David E. Kelley, who won Best Comedy for “Ally McBeal” and Best Drama for “The Practice” at the Globes in 1999. He then took home the same two awards a few months later at the Emmys. Another creator has won both prizes since then, but not on the same night: the prolific Ryan Murphy took home Best Drama for “Nip/Tuck” in 2005 and Best Comedy Series for “Glee” in 2010 and 2011. For that matter, Murphy also won Best Movie/Limited Series twice for “The People v. O.J. Simpson” in 2017 and “The Assassination of Gianni Versace” in 2019.

It looks like Waller-Bridge’s best bet is “Fleabag,” which is the current front-runner for Best Comedy Series with leading odds of 82/25, according to the combined predictions of Gold Derby users. We think she’ll win Best Comedy Actress too, so if we’re right she will take home two Globes in one night that way. She’s not currently tipped to win Best Drama for “Killing Eve,” but the show is in the hunt, ranked fifth in that category with 15/2 odds. It earned a Best Drama Series nom last year, and star Sandra Oh won the Globe for Best TV Drama Actress. Following Jodie Comer‘s attention-grabbing Emmy upset a couple of months ago, the show may have enough heat to be a strong Globes contender again.

So how many Globes (if any) do you think Waller-Bridge will win?