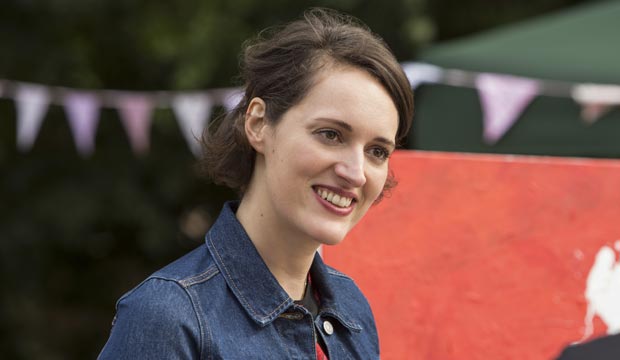 “Fleabag,” about a London woman coming to terms with the death of her best friend, returns for its second season on Amazon Prime on May 17 almost three years after its first season aired on the streaming service. Alas, it didn’t get any Emmy nominations for its first season, but a lot has changed since then. Now two of the Expert journalists we’ve polled think creator and star Phoebe Waller-Bridge will be nominated for Best Comedy Actress: Debbie Day (Rotten Tomatoes) and Peter Travers (Rolling Stone). Here are the top five reasons they might be right.

1. “Killing Eve” — Though “Fleabag” didn’t make an impact at the Emmys, another show Waller-Bridge created did. She adapted the cat-and-mouse thriller “Killing Eve” from a novella series by Luke Jennings, and it ended up with two Emmy nominations in 2018: Best Drama Actress for Sandra Oh, and Best Drama Writing for Waller-Bridge’s work on the premiere episode. “Killing Eve” is expected to do even better in this year’s Emmy nominations, and even though Waller-Bridge took a step back from the series in its second season, it may have raised her Emmy profile enough to get her on voters’ radar for “Fleabag.”

2. “Star Wars” — Since season one of “Fleabag,” Waller-Bridge also had a role as the droid L3-37 in “Solo: A Star Wars Story,” which Kate Erbland (IndieWire) called a “scene-stealing” performance. Bryan Bishop (The Verge) added that she “creates one of the most unique droids in the franchise.” So that film helped further endear her to the public and possibly the industry as well.

SEEYou’re invited to our Q&A: Meet cinematographers of ‘GLOW,’ ‘Kidding,’ ‘Native Son,’ ‘Will and Grace’

4. A more advantageous premiere date — The first season of “Fleabag” debuted on Amazon in September 2016, which was long before Emmy voting started the following June. It may simply have been too far under the radar for voters to have kept it in mind for that long, but season two’s May premiere date means it’ll be fresh in mind when television academy members mark off their ballots.

5. The Emmys love auteur comedies — Lena Dunham (“Girls”), Donald Glover (“Atlanta”), Issa Rae (“Insecure”), Pamela Adlon (“Better Things”), and the list goes on. Emmy voters have shown that they admire comedy actors who are also the creative driving forces behind their shows. Issa Rae might be an especially relevant example: she was snubbed for season one of “Insecure,” but then earned a Best Comedy Actress nomination in 2018 on her second try, much as Waller-Bridge is aiming to do. Is the second time the charm?