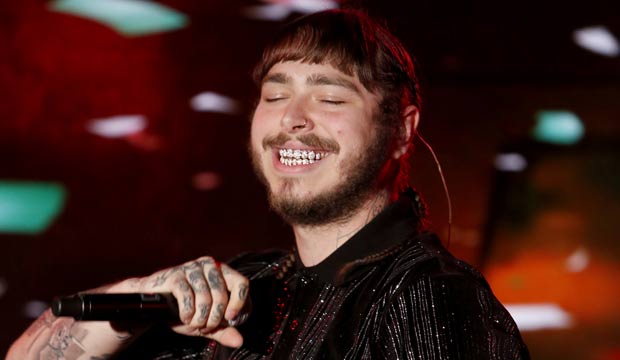 Post Malone has been omnipresent on the Billboard charts in the last three years, but he has always been more of a hitmaker than a critical darling. Up to this point, he has occupied a similar cultural space as the Limp Bizkits and Nickelbacks of yore: making a killing while getting a persistent side-eye from reviewers. But his third album, “Hollywood’s Bleeding,” may be an exception. It’s getting some of the best reviews of his career.

Though his last album, “Beerbongs and Bentleys,” was a massive hit (still in the top 15 on the Billboard 200 albums chart after almost a year and a half) and was even a surprise Grammy nominee for Album of the Year, the reviews were mediocre at best, scoring 51 on Metacritic. Now “Hollywood’s Bleeding” has drastically improved on that with a score of 78 based on nine reviews counted thus far — all of them rated as positive.

Critics are certainly softening on the face-tattooed rap-rocker. Or maybe it’s that Post Malone himself is softening. “Bleeding” is being described as a “cushier” album than he has previously released, with “caramel sweetness” and drifting into “a dreamy, wistful register.” He may be “kind of a sentient keg stand,” but “there is a lot to appreciate in his music.”

It’s too late for “Hollywood’s Bleeding” to qualify for the 2020 Grammys — it was released on Sept. 6, and the eligibility deadline was Aug. 31 — but his chart-topping singles from the past year could still be nominated, and if the album enjoys any kind of success comparable to “Beerbongs,” it’s likely to stick around the charts for a while, long enough to keep him in mind when the recording academy is picking its contenders for 2021.

What do you think of Post Malone’s latest? Check out some of the reviews below, and discuss this and more with your fellow music fans in our forums.

A.D. Amorosi (Variety): “Congratulations, Post Malone. And welcome, everyone, to ‘Hollywood’s Bleeding,’ a cushier, dammed near respectable take on his usual tortured soul-wronged mien, with enough caramel sweetness in a majority of its melodies to differentiate his past from his present … ‘Hollywood’s Bleeding’ portrays Post Malone as being on his best behavior, a brushed-denim croon-rapper tamed by trap-pop and a wont for love that seems ever so slightly out of reach.”

Jon Caramanica (New York Times): “He is a rock singer whose cadences come from hip-hop, a pop songwriter who marries brightness with sleaze. He’s every genre — it’s all in him … Coming from most other artists, these would be hard stylistic jolts. But Post Malone’s signature aesthetic gesture is the smear, the complaisant way his voice molds neatly to whatever’s handed to him.”

Nick Catucci (Rolling Stone): “If Post Malone can be a bit of a booby, he’s a beautiful one. Try as he might to plumb his personal darkness — he’s got a top 20 hit called ‘Paranoid,’ and a new song called ‘Enemies’ — his music inexorably drifts into a dreamy, wistful register … Taken together, his many hits have enveloped pop like a rejuvenating cloud of cucumber vape. Posty’s signature blend of tart content and evanescent delivery carries his third album.”

Jayson Greene (Pitchfork): “There are plenty of valid reasons to bemoan his dominance. He is kind of a sentient keg stand; he has a pretty lazy and unexamined relationship with hip-hop; there is strong evidence that he might not exactly be the sort of person who thinks through his actions. But if you can wriggle free from all that for just a moment, there is a lot to appreciate in his music.”