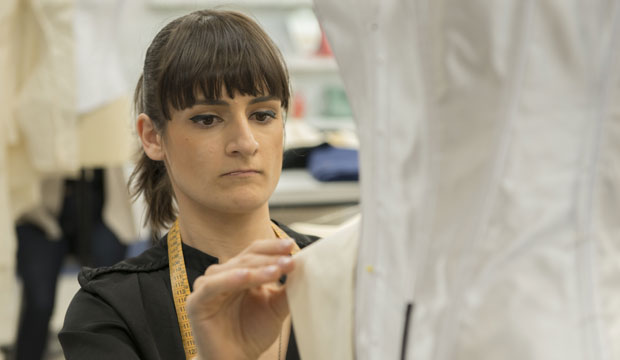 Irina Shabayeva got a lot of flak in week two of “Project Runway All Stars” when she created a graduation party look fit for a “hooker fairy tale,” but I think she has more than made up for that. “Top of the Class” was her only low score this season so far, while her other three design challenges resulted in high scores, including one win. Her latest high score came in “Of Corsets Fashion,” but she couldn’t quite achieve a second straight victory. She finished second to Christina Exie. Did you agree with that outcome? Scroll down to vote in our poll.

In this world-champions edition of “All Stars,” Exie is now the first international designer to notch a challenge win. She previously won the Australian edition of “Runway,” and this week she wowed the panel with her intricate shaping and latticework. But I for one preferred Shabayeva’s “fashion armadillo.” That’s right, fashion armadillo. That’s how guest judge Rebecca Minkoff described Shabayeva’s elaborate blue corset coat, and I think any fashion designer deserves bonus points for inspiring a critique like that that’s actually a compliment.

Shabayeva has been taking chances all season long, and I’ve come to admire that daring approach. It has certainly made an impression on the judges, who have singled her out for critiques every week so far. But such a no-holds-barred aesthetic could easily veer off course as it did in “Top of the Class.” One day you’re being compared to an armadillo in a flattering way. Perhaps in the weeks to come the animal metaphors won’t be as kind.