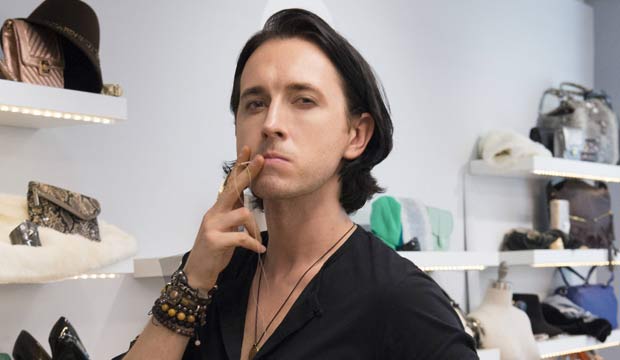 “Project Runway All Stars” season seven began last Wednesday, January 2, and Dmitry Sholokhov got off to a good start, winning the first challenge: designing a look inspired by the contestants’ home countries. Is he well on his way to winning the whole competition? He competed in two previous seasons of “Runway,” winning both times.

Of course, this is a “Champions” edition of “All Stars,” in which all 14 contestants have won a previous season of “Project Runway” here and around the world, but Sholokhov is one of only two contestants in this year’s lineup who has won twice: he prevailed in season 10 of the original “Project Runway” series, and again in season 4 of “All Stars.” So it might seem like par for the course for him to win a design challenge, but this is actually his earliest success in his entire history on the show.

In “Runway” season 10 he didn’t win a challenge until the ninth episode, when he designed a modern look with his own custom print. The ninth episode was the charm for him again in “All Stars,” when he won an avant-garde challenge inspired by marine life. Over the course of his two previous seasons he only won a total of four individual design challenges, not counting his finale victories. But his strongest asset is his consistency. While he only won four challenges, he only ever got a low score once: episode 11 of his prior “All Stars” season.

Now that he has won a challenge right out of the gate, our users who have entered their predictions here in our predictions center think he’ll go three-for-three and win the whole season. He gets leading odds of 39/20, followed by “Runway” season six winner Irina Shabayeva (53/20 odds), “Runway” season 13 winner Sean Kelly (9/2 odds) and this season’s other two-time champ, Seth Aaron Henderson (14/1 odds), who won “Runway” season seven and “All Stars” season three.

What do you think — is Sholokhov a shoo-in?