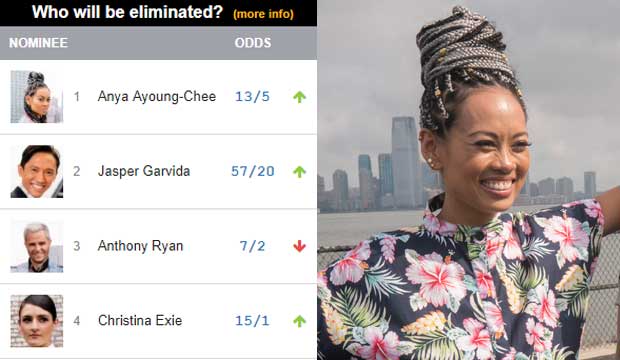 “Project Runway All Stars” season seven consists only of past champions of “Runway” shows in the US and abroad, so it’s inevitable that the first elimination would be an shocking experience for the unlucky designer who endures it. That’s the fate we’re anticipating for Anya Ayoung-Chee, who will the first contestant sent home from the show according to the combined predictions of Gold Derby users.

Ayoung-Chee previously competed in season nine of the original “Runway” series, where she won four challenges, received high scores in another four challenges, and got a low score only once on her way to winning the whole thing. But in the season premiere of this “Champions” edition of “All Stars” she had her worst result yet. She finished in the bottom two for the first time in her entire history on the show.

The challenge was to create a look inspired by the designers’ home countries, but her tribute to Trinidad and Tobago underwhelmed the judges. She and Anthony Ryan — who also competed in “Runway” season nine before going on to win “All Stars” season two — were the last contestants standing; Ryan was thrown off by the death of his grandmother shortly before the start of the competition, and his unfocused design reflected that.

But the judges didn’t send anyone home from the show. There was no elimination in week one, but our users don’t think the designers will be spared in week two. As of this writing Ayoung-Chee gets leading odds of 13/5 of being sent home, followed by Jasper Garvida (“Project Runway UK” season three winner) with 57/20 odds, and Ryan with 7/2 odds. Do you agree with our forecasts? Or will Ayoung-Chee learn from her initial misstep and wow the judges the second time around? Click on the graphs below for more detailed prediction stats for tonight’s episode. 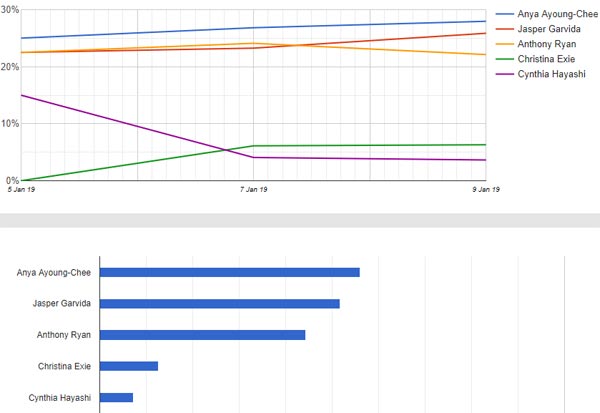