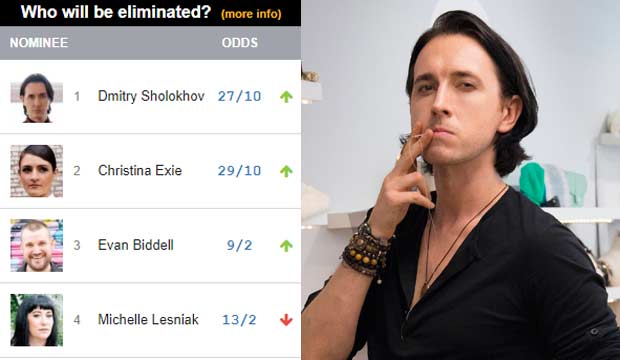 After Dmitry Sholokhov won the first design challenge on “Project Runway All Stars” season seven he quickly became our front-runner to win the whole competition, and for good reason. Sholokhov has never lost. He previously won season 10 of the main “Runway” series and then season 4 of “All Stars.” Even low scores are almost unheard of for the dominant designer. But is he at risk of being eliminated from “Runway” for the first time ever? Our users think so.

Based on the combined predictions of our users as of this writing, Sholokhov is the likeliest to be eliminated from episode 10 tonight with leading odds of 27/10. But how could that be if he has historically been so rock-solid? Well, he’s coming off what was arguably his worst week in “Runway” history. In “All-Inclusive,” his gender-neutral trench coat in metallic silver looked to the judges like a Martian costume, and he landed in the bottom two, but the judges chose to axe Sean Kelly instead.

But is he really going home after one bad result? Finishing in the bottom two might actually be an unlikely good luck charm. Not a single designer this season has been eliminated the week after landing in the bottom two. Quite the contrary, four designers have won design challenges the week after their bottom two results: Anthony Ryan Auld, Irina Shabayeva, Christina Exie and the now-ousted Sean Kelly. There’s nothing like a close brush with elimination to scare you into a winning design. But maybe the judges just aren’t that into Sholokhov anymore.

Do you agree with our odds, or are you betting on a Sholokhov resurgence? Click on the elimination prediction graphs below to see more detailed forecasts for tonight’s show. 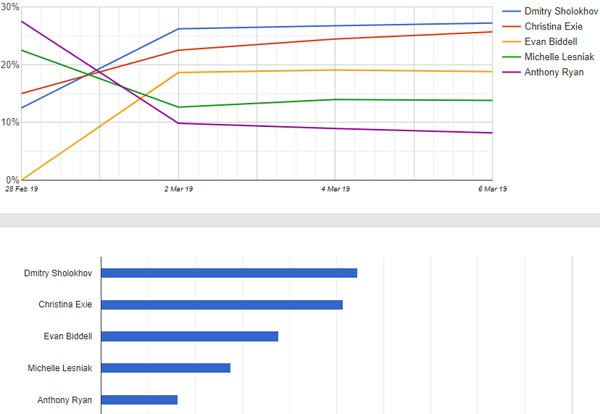