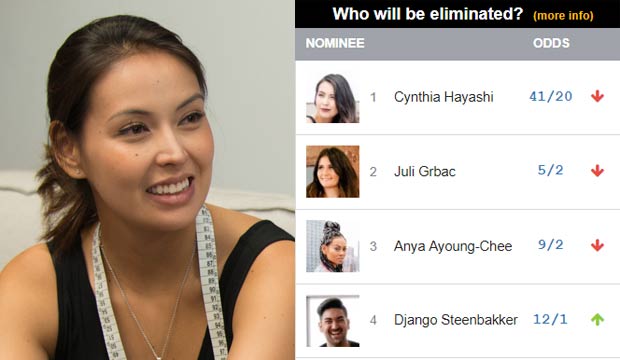 It’s tough to predict eliminations this early on “Project Runway All Stars.” Every contestant this season is a past champion, and for every design challenge the slate is wiped clean, so one week’s low scorer could be next week’s challenge winner. And one week’s high scorer could be next week’s eliminated contestant. In fact, that’s exactly what has happened for the last two weeks of the competition. But this week the consensus of Gold Derby users who have entered their forecasts in our predictions center is that Cynthia Hayashi is in trouble. Do you agree?

Hayashi won season one of Brazil’s version of “Project Runway,” called “Projeto Fashion.” But she had a low score right out of the gate in the season premiere of “All Stars” — not a great first impression. However, she was safe in weeks two and three, so for the most part she has flown under the radar. But she has yet to show the judges a high-scoring look, which makes her one of only five contestants remaining who hasn’t been singled out for praise, along with Anya Ayoung-Chee, Christina Exie, Django Steenbakker and Juli Grbac. So we give Hayashi leading odds of 41/20 of being sent home, with Grbac (5/2 odds) and Ayoung-Chee (9/2 odds) close behind her.

But last week‘s elimination of Seth Aaron Henderson proved that no one is safe. Henderson had won not one, but two past seasons of “Runway” — he was undefeated! — and he had just received a high score in the previous challenge, so less than a handful of our users thought he would be kicked off the runway. Will episode four throw us another curve ball? Click on the graphs below to see more detailed prediction stats for tonight’s show. 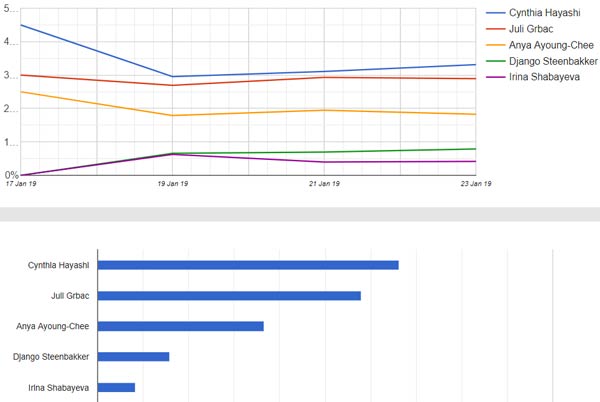