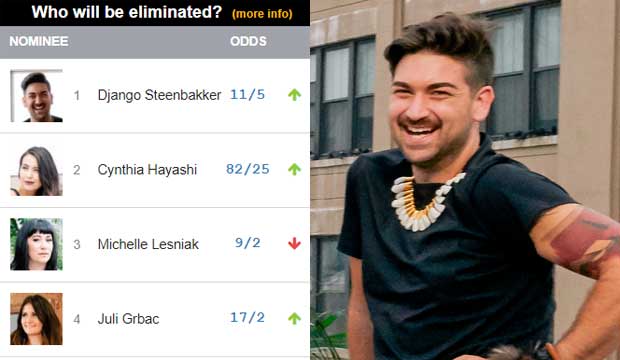 Django Steenbakker was cruising safely through “Project Runway All Stars” season seven before he got his first low score of the season in episode four, “Of Corsets Fashion.” Can he rebound from that? There have already been contestants this season who bounced back from a low score immediately to earn a high score, or even a win. But our users think Steenbakker is at greatest risk of elimination going into episode five tonight. Do you agree?

This season of “All Stars” pits American “Runway” champs against winners from the show’s international spin-offs, and Steenbakker comes to this competition by way of “Project Catwalk,” the Netherlands version of the series, which he won back in 2007. Two of the three eliminated contestants so far have been international, but while Steenbakker hasn’t wowed the judged yet, even his low score was a split decision. Guest judge Rebecca Minkoff was “confused” by his busy corseted look and fellow guest Olivia Culpo thought it was “messy,” but Georgina Chapman  called it a “fresh perspective,” and Alyssa Milano admired his craftsmanship.

Nevertheless, more than half of our users think Steenbakker will be sent home next, giving him leading odds of 11/5 as of this writing. Ranked second in our predictions is Brazilian champ Cynthia Hayashi with 82/25 odds; Hayashi has gotten a low score in two challenges so far, and her “Corsets” design brought her even closer to elimination as it landed her in the bottom two. She’s the only contestant this season so far to receive two low scores, so she has a lot more to prove to the judges, or else another foreign fashionista might bite the dust. Click on the graphs below for more detailed prediction stats for tonight’s show. 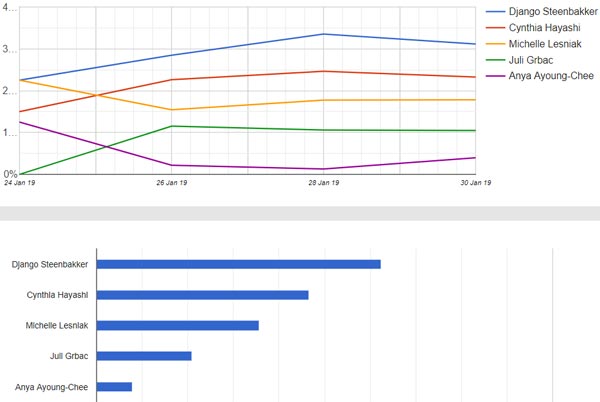