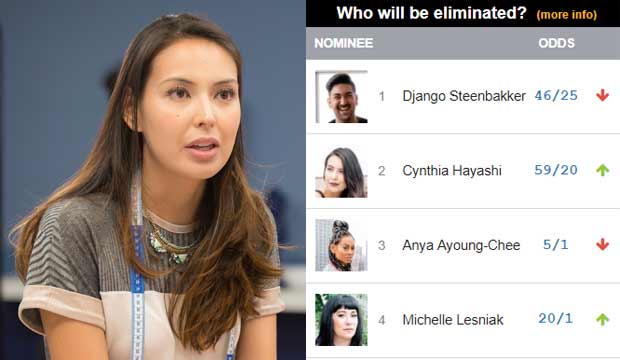 Django Steenbakker, Cynthia Hayashi and Anya Ayoung-Chee are the only contestants left on “Project Runway All Stars” this season who haven’t gotten a single high score from the judges yet. So it comes as little surprise that they’re the three designers our users think are most likely to get the boot tonight in episode six, “Pedal to the Metal.” Will they reform their low-scoring ways, or will one of them finally be sent home?

Steenbakker gets leading odds of 46/25 of being sent home. We thought the Netherlander would be eliminated last week too, and I was a little surprised he wasn’t. His interpretation of a lion for the “On the Prowl” challenge was an ill-fitting mint green number the judges couldn’t make heads or tails of. But he didn’t even land in the bottom two, and the judges decided to eliminate Juli Grbac for her less tragic, but also far less memorable, monkey dress. But that was Steenbakker’s second challenge in a row with a low score, so his work is progressing in the wrong direction. He needs to shape up or ship out.

Hayashi has also gotten two low scores this season, so our users think she’s next most likely to be eliminated with odds of 59/20. She got off to a rough start in the season premiere, and then she was in the bottom two for the “Of Corsets Fashion” challenge, but she has shown flashes of promise — I thought she deserved a high score for her sexy jaguar look in “On the Prowl” — so maybe she’ll finally get on the judges’ good side this time around.

Ayoung-Chee is the only alum from an American “Runway” series who has yet to get a high score this season, but she has only gotten negative marks once, in the season premiere when she was in the bottom two with Anthony Ryan Auld. Since then she has been the picture of consistency, but the judges haven’t awarded her a high score. If she doesn’t distinguish herself to them soon they may be less forgiving if she lets them down again, so our users rank her third with 5/1 odds of elimination.

Do you agree with our forecasts? Click on our elimination predictions graphs below to see more detailed prediction stats for tonight’s episode. 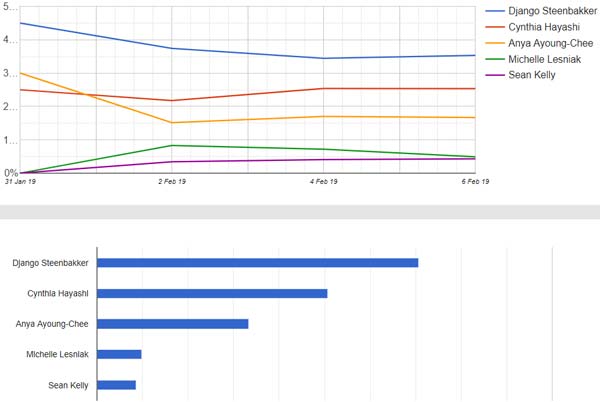