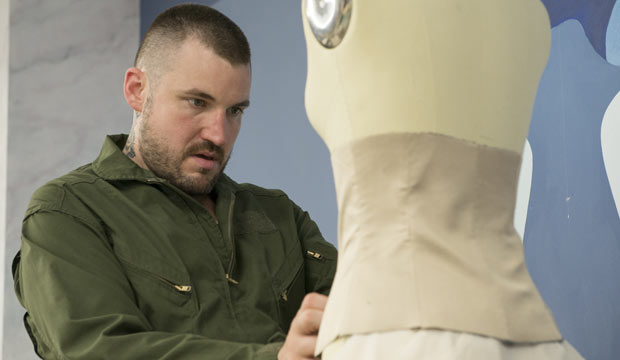 “Project Runway All Stars” is down to its top six contestants, but after eight weeks of competition there is only one who has yet to receive a single low score from the judges: Evan Biddell. But most of the Gold Derby users who have been making their predictions from week to week still don’t think he’s the one to beat. As of this writing he ranks fourth in our forecasts with 8/1 odds while Irina Shabayeva remains in front-runner position. Are we underestimating him?

The show has narrowed down the competition to the very best, which is saying something because when the season started all 14 contestants had won a previous edition of “Runway,” either here or abroad. But fashion is fickle, so almost all of the other designers have stumbled at least once. Shabayeva has gotten three low scores, more than any other contestant left in the competition — though she also has more high scores than anyone else. Christina Exie has received two low scores. Anthony Ryan Auld, Dmitry Sholokhov and Michelle Lesniak have each landed in the bottom three once. What’s more, all five of those designers have been in the bottom two, so they have been on the cusp of leaving the show entirely.

But not Biddell. He has gotten a high score or been safe every single week. In fact, he has been safe so often he was visibly disappointed in last week’s “All-Inclusive” challenge when he was the only designer excused from a critique because his scores landed him smack-dab in the middle of the pack. The end is near, so he knows that isn’t going to cut it if he wants to win the entire competition, but as host Alyssa Milano reminded him as he was leaving the stage, it’s better than getting a low score. Indeed.