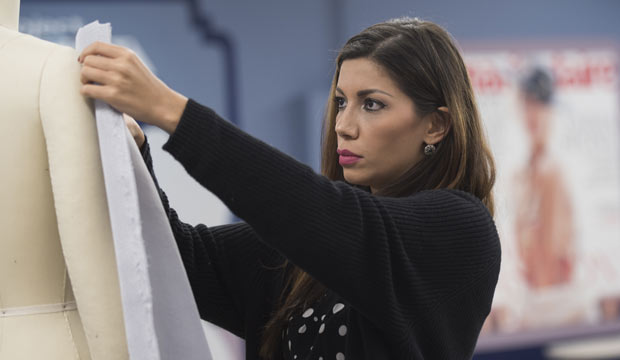 “Project Runway All Stars” season seven is coming down to the wire, so with only four contestants remaining in this all-champions edition of the fashion competition series, we asked fans who they think deserves to win. But that turned out to be a surprisingly difficult question, because while our readers are pretty sure they know who will win, there’s not nearly as much agreement on who should win. Scroll down for our complete poll results.

Irina Shabayeva is the designer our readers are rooting for the most, but that’s not saying much because she only got 28% of the vote, which is barely more than she statistically would have gotten if our respondents randomly picked a name out of a hat. It was damn near a tie between her and Evan Biddell (27%), while Dmitry Sholokhov (24%) and Michelle Lesniak (21%) trailed, but not by much. I myself had trouble deciding on who to vote for since my favorite contestant was just eliminated — justice for Anthony Ryan Auld! But I too ended up backing Shabayeva for her bold, often risky aesthetic.

What’s interesting, though, is that Shabayeva is also the contestant we expect will win the show according to the combined predictions of Gold Derby users, but by a much wider margin. She has led our forecasts for weeks now, and as of this writing she leads the pack with odds of 83/50 and well over half of our users betting on her to prevail. Why are our forecasters so confident if fans’ allegiances are so divided? Could this be a much closer contest than we think? 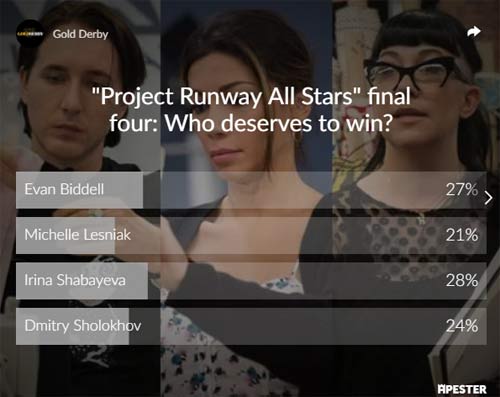 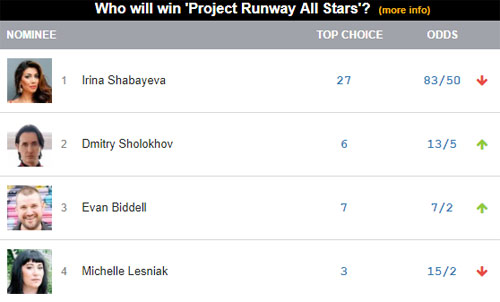 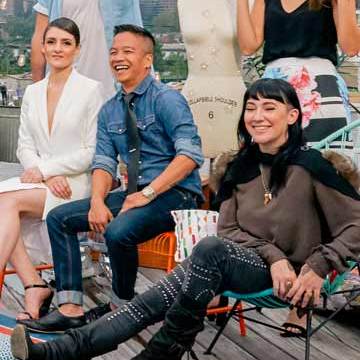