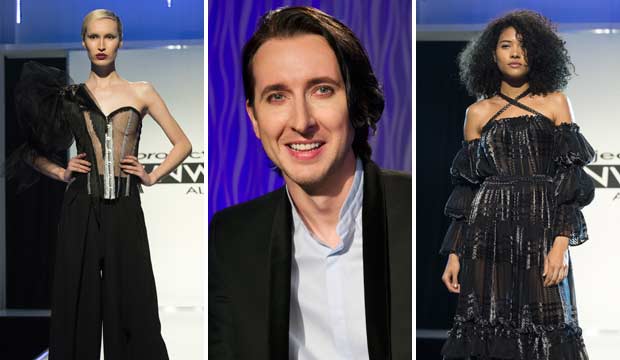 To paraphrase a common sentiment, I don’t know much about fashion, but I know what I like. And I like “Project Runway All Stars” front-runner Dmitry Sholokhov just fine. But after five weeks of competition I’m kind of wondering what all the fuss is about. The judges have loved his designs, but I’m not sure he has belonged in the top three as often as the judges have put him there. Do you think his designs have really been as strong as his results? Vote in our poll at the bottom of this post to let us know.

Sholokhov came into this “All Stars” season undefeated, having won the show both times competed before: “Runway” season 10 and “All Stars” season 4. And he was the judges favorite right out of the gate in the current competition, winning the season premiere design challenge. He was safe for the next two weeks, and then he was back in the top three in the “Of Corsets Fashion” challenge, even though rival designer Evan Biddell told him it wasn’t his best work. To be fair, though, the contestants throw shade all the time, so their assessments of each other’s work doesn’t always reflect their actual quality.

But then in “On the Prowl” he created a bird-inspired look with poofy sleeves that mentor Anne Fulenwider thought was reminiscent of a Renaissance faire, and that judge Georgina Chapman thought was derivative of his season premiere design — yet they still put him in the top three for it. All the while he was holding a grudge against Michelle Lesniak, who he thought ripped off one of his past designs. Isaac Mizrahi did acknowledge a similarity to his aesthetic, but they didn’t seem to think there was anything fishy about her porcupine look, so they gave her the win.

What do you think? Has Sholokhov been buoyed by his reputation this season, or is he really as good as the judges’ hype?