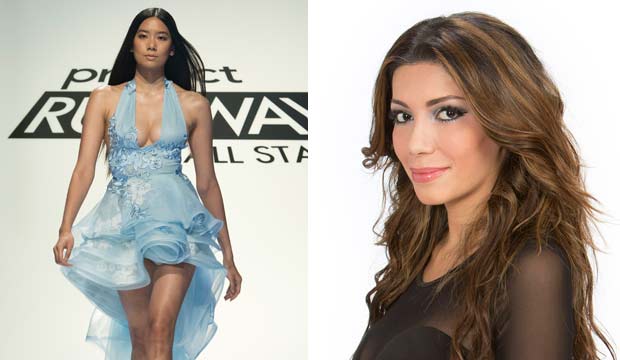 Sunny Fong may not have had the worst design on “Project Runway All Stars” for the “Top of the Class” challenge, but the judges sent him home anyway for disregarding the assignment. Our readers aren’t sure that was the right call, though. Many of them thought Irina Shabayeva should have been sent packing. Scroll down for our complete poll results at the bottom of this post.

The challenge was for the contestants to design a look for a high-class graduation party using two colors. Fong was given yellow and blue, but the dress he made was entirely yellow, and his only nod to blue was a brooch lazily pinned to the back. I for one thought the judges were right to eliminate him, and so did 42% of our respondents. If he had done the bare minimum and added a blue belt or sash or hem — anything! — he would have been safe. But he did less than the bare minimum on what should have been a pretty simple challenge for a past “Runway” champion.

Another 8% of readers thought Christina Exie should have been eliminated for her “matronly” design, while the last 7% thought the ousted contestant should have been someone who wasn’t in the judges’ bottom three. What did you think of this divisive outcome? 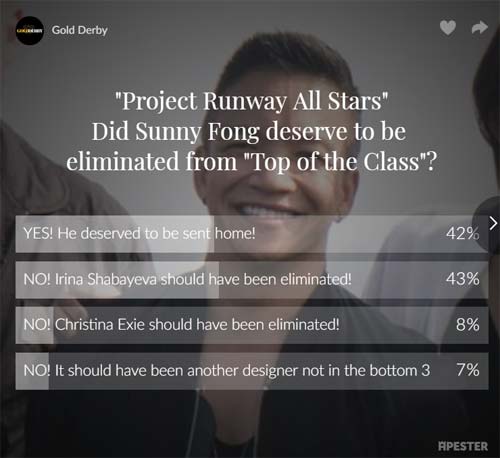