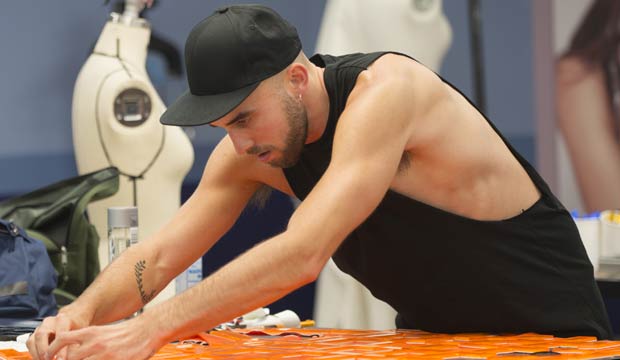 In what has been an especially turbulent season of “Project Runway All Stars,” Sean Kelly is the latest to go from worst to first. He was a surprise addition to the show at the end of the season premiere episode, and it’s been a tumultuous run for him. He landed in the bottom two just last week in “On the Prowl,” but he immediately bounced back from that scare and got his first win of the season in “Pedal to the Metal.” This is the third time that has happened already this season.

Anthony Ryan Auld was in the bottom two in the very first episode as he had been reeling from the recent death of his grandmother. But the judges kept him around and he won the very next week in “Top of the Class,” in which he designed a sporty graduation party look.

Irina Shabayeva finished at the bottom of the class that week with a provocative dress that had serious taste issues. But she narrowly avoided elimination as well and then reigned supreme in the “Buckle Up!” unconventional materials challenge in week three by using airplane-related items for a bold red dress.

This week it was Kelly’s turn to stage a stunning comeback. In “On the Prowl” he was inspired by a giraffe to make a sleek jumpsuit in grey plaid, but judge Isaac Mizrahi didn’t like the cheap-looking fabric — I liked it better than he did. But in “Pedal” he redeemed himself with a metallic red carpet look with an elaborately structured top that the judges likened to Origami, paired with an old Kelly classic on the bottom: a dramatic fringe skirt.

Kelly won his original season with a collection that was swimming in fringe. I’m not sure I would have given him the win for this challenge since he runs the risk of using fringe as a crutch whenever he runs into designer’s block. But it was nice to see him get back on the judges’ good side after such a topsy-turvy season; in his five challenges so far he has already gotten two high scores and two dangerously low scores. However, I hope he keeps the fringe in check going forward. How about you?