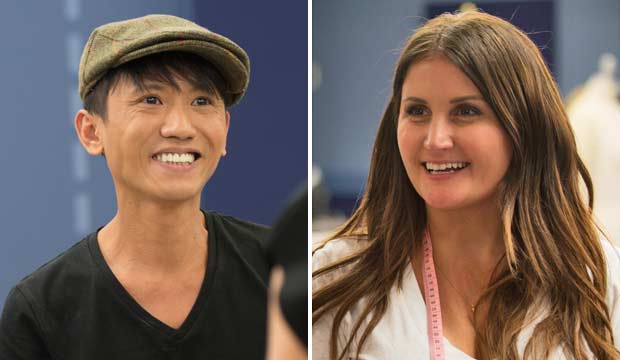 “Project Runway” has always been an international affair, with contestants originating from all over the world. But this seventh and final Lifetime season of “Project Runway All Stars” is an especially global affair. Half of the contestants are past winners from the show’s foreign spin-offs. But those foreign contenders have been dropping like flies. Can the remaining contestants rebound, or will they quickly be deported?

There have been four eliminations over the first five weeks of the competition, and three of them have been international designers: Sunny Fong (Canada) in “Top of the Class,” Jasper Garvida (UK) in “Of Corsets Fashion” and Juli Grbac (Australia) in “On the Prowl.” The one American sent home thus far was actually a big surprise: Seth Aaron Henderson, who had won not one but two past seasons of “Runway.”

There are only four international contestants left on the show: Christina Exie (Australia), Cynthia Hayashi (Brazil), Django Steenbakker (Netherlands) and Evan Biddell (Canada). But there’s strong potential for success among those contenders. Exie is the only foreign designer so far to win a design challenge, while Biddell is one of the few competitors of any origin who hasn’t gotten a single low score from the judges yet.

But even if those four are knocked out, this season will still have a strong international flavor. The current front-runner to win the competition is Dmitry Sholokhov, who won two seasons of the American “Runway” but himself hails from Belarus. Other American “Runway” champs who come from abroad include Aussie Sean Kelly, Trinidadian Anya Ayoung-Chee, and Irina Shabayeva from the former Soviet republic of Georgia. So whatever happens, fashion still knows no borders.