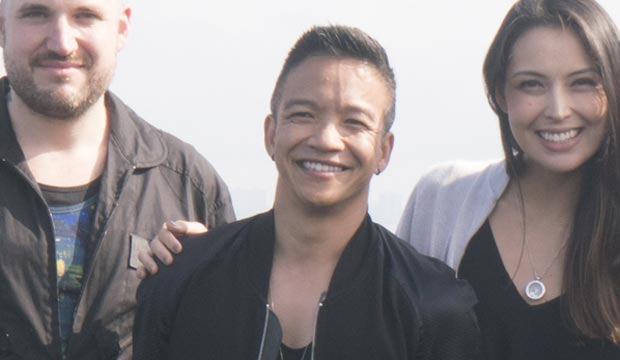 It’s one thing to perform poorly on a “Project Runway” design challenge, but it’s quite another to reject the challenge outright. That’s what Sunny Fong did in the second episode, “Top of the Class.” And that risky choice led to his elimination at the end of the episode. Did he deserve his fate, or do you think the judges overreacted?

This week “Runway” tasked the designers with creating a look for a graduation party in two colors. The week-one design challenge winner Dmitry Sholokhov was in charge of assigning those colors by distributing graduation tassels to his competitors. Not everyone was happy with the shades they ended up with — Michelle Lesniak didn’t like her “basic bitch” green and yellow, and Anthony Ryan retched a little at the idea of using orange. But at least they tried. Ryan even won the challenge once he learned not to be so afraid of his color combo.

But Fong shrugged it off. He made a dress the judges liked in yellow, and then gave the tiniest of nods to the challenge by applying a blue brooch to the back shoulder. Judge Georgina Chapman felt he was giving the challenge the middle finger with that move, so even though the judges universally disliked the provocative princess costume Irina Shabayeva put together, they kept her around and sent Fong home for his insolence.

So that’s one down for the foreign contestants. This season pits seven winners of the American “Runway” and “All Stars” series against seven winners of international spin-offs, and Fong came to the show by way of “Project Runway: Canada,” where he won season two in 2009. Were the judges wrong to send him home, or should he really have known better? Vote below.