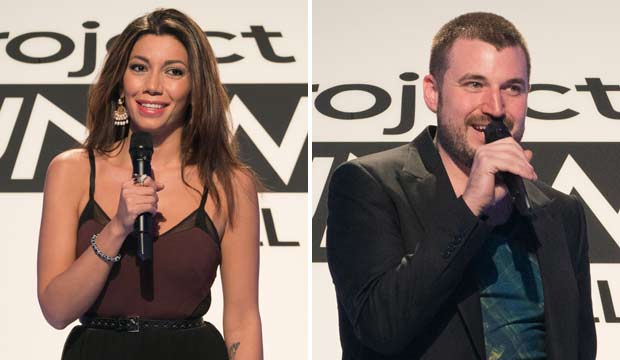 “Project Runway All Stars” season seven started with 14 designers who had won a previous season of the fashion competition series, either in the US or abroad. But it’s down to the final four, who in tonight’s finale will present their final collections for a chance to be crowned the champion of champions. So who’s out front? Interestingly, our pick for who will win is different from our readers’ choice for who should win.

Based on the combined predictions of Gold Derby users, Irina Shabayeva will win. She gets leading odds of 31/20, and for good reason. She won two design challenges over the course of the season, and when she didn’t win she still tended to get high scores. She was the runner-up in six other challenges, which means that for two-thirds of the competition she was either first or second. She did also get three low scores from the judges, including one week in the bottom two, but no other contestant has matched her record of success.

However, our readers are rooting for Evan Biddell, who is the only designer in the top four who represents one of “Runway’s” foreign spin-offs; he previously won “Project Runway” in Canada back in 2007. He’s backed by 37% of fans who responded in our poll, compared to 25% who are rooting for Shabayeva, 20% for Dmitry Sholokhov and 18% for Michelle Lesniak. When we asked this poll question two weeks ago Shabayeva was actually our readers’ fave by a narrow margin, but the tide turned after last week’s “Modern Families” challenge, which Biddell won with his mini collection for a family of three.

Like Shabayeva, Biddell won two challenges during the season, but while he didn’t have nearly as many other high scores, he’s also the finalist with the fewest low scores: he was in the bottom three only once, though that was a close call: he was almost eliminated in “Climate Quick Change.”

So will Shabayeva win the season like our readers are predicting, or will Biddell pull off an upset like they’re hoping for? 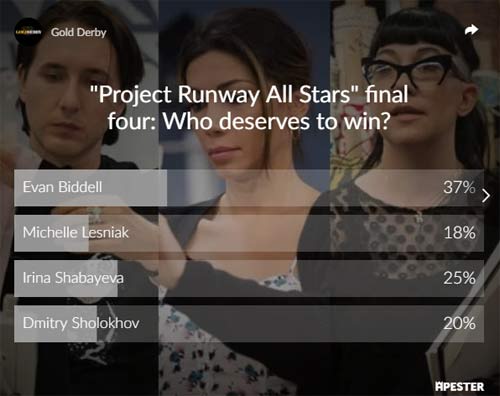