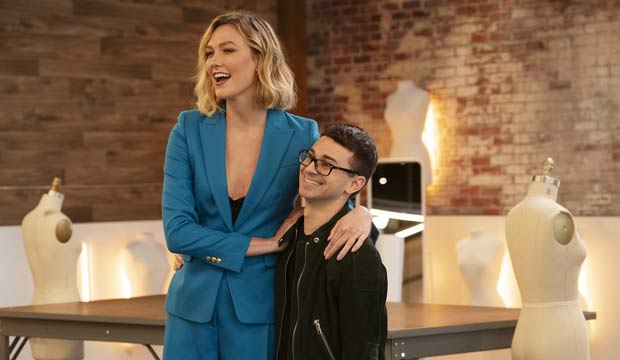 “Project Runway” star Heidi Klum earned an Emmy nomination for Best Reality Host in 2010, the first year that award was handed out. Then after Tim Gunn was added to the Emmy ballot as a co-host alongside her they earned bids for six years in a row (2013-2018), winning in 2013. But they didn’t return to the fashion competition this spring when it moved back from Lifetime to Bravo. They were replaced by model Karlie Kloss and former “Runway” winner Christian Siriano. Can they pick up right where Klum and Gunn left off last year at the Emmys?

“Runway” just ended its season on June 13, three days after the start of Emmy voting on June 10, so the show will be fresh in mind for voters. And since the Reality Host category has reserved a spot for the show for the last six years, it’s possible Kloss and Siriano will roll right along into a bid on sheer inertia. But voters might also appreciate Siriano’s work on the show in particular. Like Gunn before him, he serves as a mentor to the designers and thus is more of an active participant in the show than Kloss, whose duties consist mostly of introducing challenges and segments and then judging the designers’ work.

Siriano might get an extra boost from the fact that he was a past winner on the show, which gives him even more authority as a host. Indeed, the “Runway” finale included a touching moment when he gave the three finalists a pep talk that drew from his own personal experience as a contestant. And he already made an awards impact this year when he designed Billy Porter‘s instantly famous tuxedo gown for the Oscars red carpet.

That said, this category is as crowded as ever with three-time defending champ RuPaul Charles (“RuPaul’s Drag Race”) back in the running, along with two-time past winner Jane Lynch (“Hollywood Game Night”), returning nominees Ellen DeGeneres (“Ellen’s Game of Games”) and W. Kamau Bell (“United Shades of America”), plus familiar faces like Amy Poehler and Nick Offerman (“Making It”) and Emmy darlings like Alec Baldwin (“Match Game”) and James Corden (“The World’s Best”). Can Kloss and Siriano hold onto “Project Runway’s” slot, or will they be out of fashion for Emmy judges?