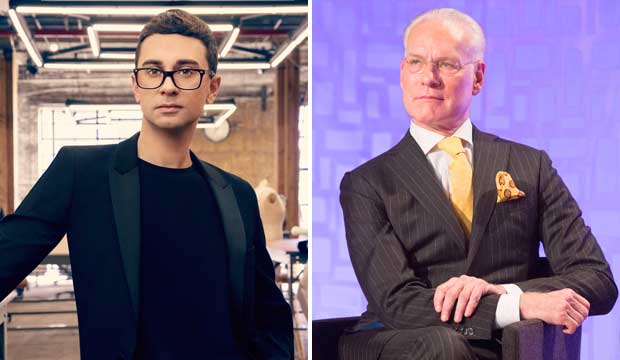 “Project Runway” is down to five designers, but are they the right five? All of the eliminations are decided by judges Karlie Kloss, Elaine Welteroth, Brandon Maxwell and a number of guest judges who have cycled through over the course of the season. But while mentor Christian Siriano is able to guide the designers over the course of each challenge, he wasn’t given a Save like his predecessor Tim Gunn. Was that a mistake? Scroll down to vote in our poll at the bottom of this post.

Gunn didn’t get to critique the designers’ finished looks or decide the eliminations either. But he had something just as valuable: the Tim Gunn Save. Given his expertise and his close working relationships with the designers, he was given the power to overrule a judges’ decision and rescue one contestant from elimination, starting in season 12. And some of those saves turned out to be quite fruitful. He took Justin LeBlanc (season 12), Char Glover (season 13) and Margarita Alvarez (season 16) off the chopping block, and those three made it all the way to the finale.

Who might Siriano have saved if he had the chance? There have been a few controversial calls this season, and if I had a say I would have vetoed the elimination of Afa Ah Loo during the “Survive in Style” unconventional materials challenge; the judges were out to lunch thinking he had the worst look that week. I also might have overruled them when Sonia Kasparian was ousted in “Elegance is the New Black” for a gown they thought was too simple but was impeccably made; even Siriano pointed out that many of his clients would have wanted to wear her dress.

Or maybe I would have saved it for the elimination of Renee Hill in “Blame it on Rio.” She had the potential to win the whole season, and though she had two bad weeks, that only ever happened during team challenges. The designs she made on her own were rock-solid, and the only reason she got the boot in “Rio” was because her teammate Jamall Osterholm had immunity.

SEE‘Project Runway’ video recap: We dream a dream where Tessa does what she is told and Jamall can actually sew!

Do you think Siriano should have had the power to keep an eliminated designer in the competition? Who would you have used it on this season?