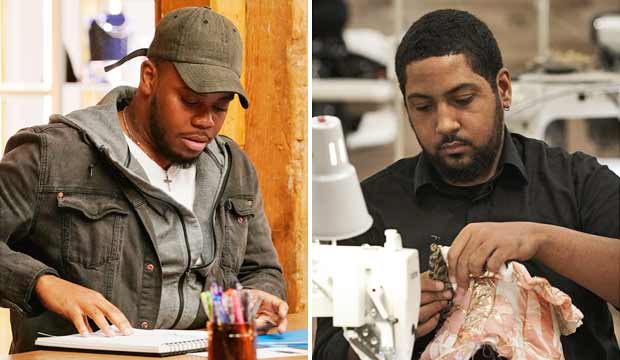 Sometimes no news is good news. After four weeks of competition “Project Runway” designers Bishme Cromartie and Jamall Osterholm are the only two remaining who haven’t gotten a single critique from the judges yet. That’s good news in the sense that neither designer has gotten a low score thus far, but it also means that neither of them has stood out enough to get a high score. Are they due for recognition — or a tongue-lashing — in week five?

Flying under the radar in the middle of the pack is better than only being singled out for your mistakes. That has been the case for Garo Sparo and Sonia Kasparian, whose only critiques thus far have been negative. And poor Kovid Kapoor has been on an emotional roller coaster, landing in the bottom two, then the top three, then back to the bottom two over the last three weeks.

But even negative critiques can be helpful, provided you’re not the contestant eliminated. Feedback can give you the direction you need to better suit your designs to the judges’ tastes so you’re not flying blind in the workroom. The last time someone on “Runway” went this long without a top three or bottom three placement was Nathalia JMag in season 15. She was ultimately eliminated from the show in seventh place in week 10.

Episode five is luxury street wear challenge inspired by Dapper Dan. Will this be Cromartie and Osterholm’s moment in the spotlight? Or will they regret having the judges give them a second look?