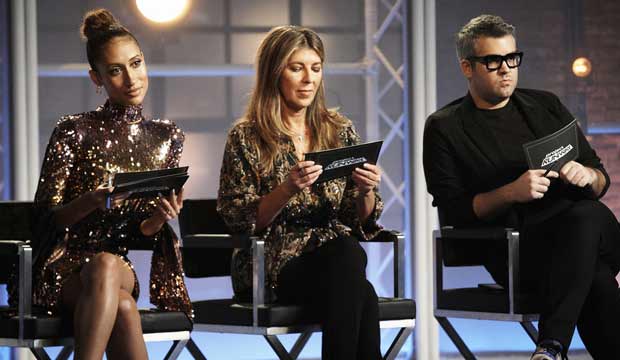 ‘Project Runway’ fans had to say ta-ta to minimalist maiden Tessa Clark last week. She somehow never quite took the judges’ comments to heart. Still, I will always be indebted to her for bringing the philosophy of wabi-sabi into my life — the art of leaving things like hems unfinished and incomplete. I might stop writing this item in her honor right now but I won’t.

But that got me thinking of who among the four designers would I choose to create a custom ensemble of my very own. Would it be the Colombian sultan of stitching Sebastian Grey, the only designer who never landed in the bottom group on a challenge? How about corset king Garo Sparo, one of the few contestants who won’t flinch when to clothe a curvier client?

SEE Recap of ‘Project Runway’ episode 12, ‘The Art of Fashion’

Then there is Bishme Cromartie, the prince of Baltimore, who knows his way around urban glamour. Last but not least is manic pixie fashion plate and Season 17’s only three-time challenge champ Hester Sunshine, whose kitschy-coo designs would be right at home in Pee-wee Herman‘s playhouse closet.

SEE Should the revival of ‘Project Runway’ have a Christian Siriano ‘save’? [POLL]

As a reminder of what this foursome produced this season, below is a helpful video retrospective of their strongest looks from this season that might help you decide which one you would pick.

Now that you jogged your memory of what this talented quartet is capable of, make your pick in the poll below and use the comment section of why you chose that designer to make a custom outfit for you.