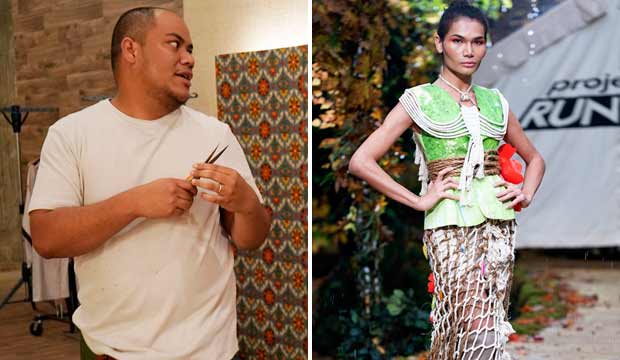 I think the “Project Runway” judges have been hit and miss this season, but boy did they whiff this one. In “Survive in Style,” an unconventional materials challenge, the judges eliminated designer Afa Ah Loo for making an impractical and inadequate look out of a map and a hammock, but when we asked our readers for their input hardly any of them backed up the judges’ decision. Scroll down to see our complete poll results at the bottom of this post.

The judges called Afa’s look a “shipwreck,” criticized him for a lack of creativity, and they thought it was too light on actual clothing for a survival challenge (even though other designers presented less covered looks). They rushed to the model’s aid to warm her with blankets given how little of her was covered. But other models whose looks were called safe would have been freezing their butts off too if they had to stand in the cold and rain listening to judges’ critiques.

But even if you concede that Afa’s look didn’t work, it’s hard to see how the judges found more fault with it than they found in Kovid Kapoor‘s garment, which looked like he just tied up his model in her sleeping bag in the middle of the night. I say this as an avowed Kovid stan: Nina Garcia was being generous by calling it too “conceptual.” 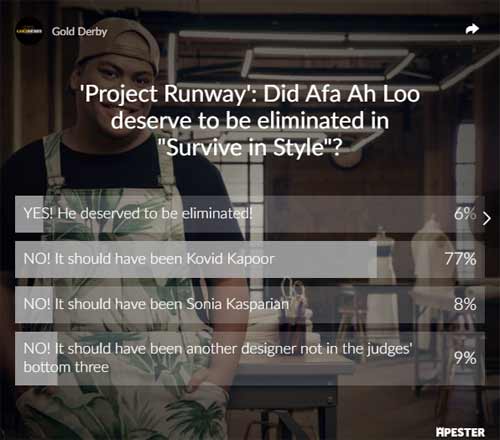