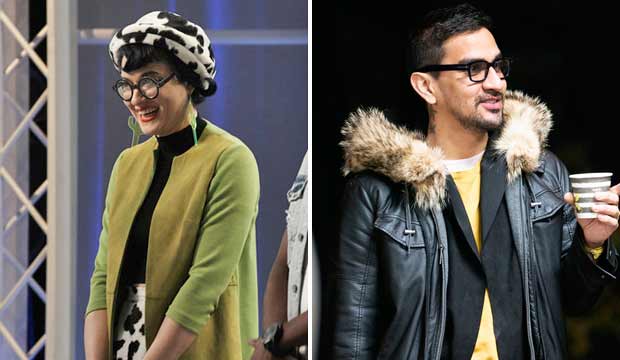 Hester Sunshine won her second “Project Runway” design challenge in the sixth episode, “Power Play,” which made her the first to win multiple challenges, and she has yet to be in the bottom three. Objectively speaking she has had the most successful run of any designer thus far. So why is she stuck in fifth place in our racetrack odds? Sebastian Grey remains the front-runner according to the combined predictions of our users.

The judges have adored Grey’s work throughout the season, giving him a win in “The Future is Here” when he carried his team to victory. They even gave him a safe score in “High Fashion to High Street” when his attempt at a stylish streetwear look was more like “nightmare Aladdin.” The speed and precision with which he works, plus the technical polish of his finished garments have been consistently remarked upon. So he has stayed on top of our forecasts for the last few weeks, and as of this writing he leads with 41/20 odds.

But Sunshine has been polished as well, and she arguably has the most consistent creative vision on the show. She has adapted to every challenge while staying true to her own whimsical aesthetic. And that has resulted in two victories already. But she’s down in fifth place with odds of 13/1, and I think that very whimsy may be the reason why fans are still skeptical — myself included.

Even when she won the video game heroine challenge in “Power Play,” the judges were divided on how much kitsch is too much when considering her rainbow-ruffled look. So while her vivid imagination could take her all the way, I also think it could potentially derail her if she veers off course as she almost did in the first two episodes of the season when she struggled with indecisiveness and poor fabric choices. If she makes it to the finale, I don’t there there’s anyone who will have a more cohesive collection, but I can also see her wild style putting her at risk of a shocking early elimination. What do you think?