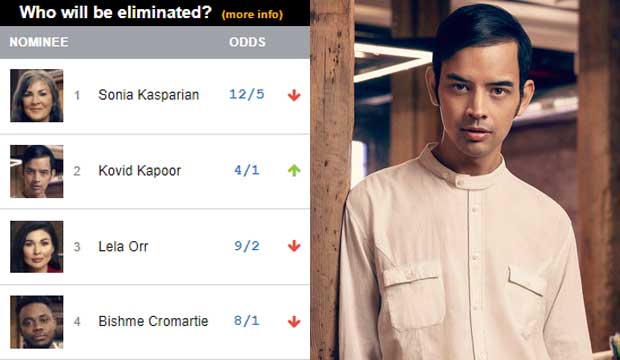 I love Kovid Kapoor on “Project Runway” for his positivity and infectious attitude, but that hasn’t translated to consistently strong designs over the course of the first four episodes this season. He has narrowly avoided elimination twice already, and now we think there’s a strong chance he’ll be eliminated in episode five. But there’s someone else we think is even likelier to be on the chopping block: Sonia Kasparian.

According to the combined predictions of Gold Derby users, Kasparian gets leading odds of 12/5 of being sent home. We didn’t see very much of her in the first three episodes of the show, and when she was more prominently featured last week in the “Survive in Style” unconventional materials challenge, she ended up in the bottom three for her crumbling Mylar dress. Perhaps producers haven’t featured her very much because they know she’s not long for the fashion world.

But Kapoor still has the shakier track record. Though he was in the judges’ top three in “All the Rage,” he was in the bottom two the week before that and the week after. The judges liked his disheveled sleeping bag even less than Kasparian’s problematic dress, and he was sure he was going home for it. I thought he was going home too, and the fans we polled thought he should have gone home instead of Afa Ah Loo, whose dress the judges thought was inadequate but at least looked like clothes.

Maybe Kapoor will pull out all the stops with another great design, but maybe his style just isn’t in line with the judges’. He ranks a close second in our predictions with 4/1 odds of being sent home. Are we right that tonight’s ouster will be either Kasparian or Kapoor? Click on our elimination predictions graphs below for our complete forecasts for episode five. 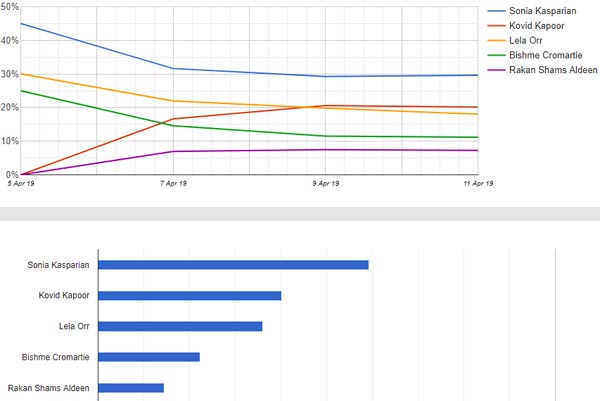