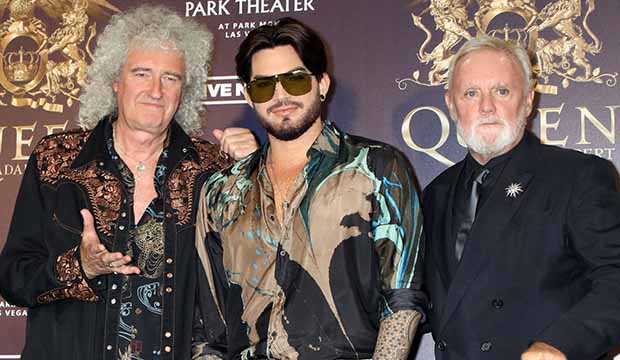 Queen will rock the Oscars this Sunday night. The classic rock band featured in the blockbuster film “Bohemian Rhapsody” is presumed to be the opening act for the 91st annual Academy Awards slated for this Sunday, February 24, on ABC. Original members Brian May and Roger Taylor along with front-man Adam Lambert will take to the stage. Rami Malek is nominated as Best Actor for playing legendary lead singer Freddie Mercury, who died in 1991. The news was confirmed Monday on the Twitter accounts of @adamlambert and @TheAcademy.

SEEBette Midler’s best moment on the Oscars till now [WATCH]

Over the weekend, two-time Oscar nominee Bette Midler confirmed on her own Twitter page (@bettemidler) that she will be performing Best Original Song nominee “Where the Lost Things Go.” The tune from “Mary Poppins Returns” was originally sung by Emily Blunt in the film.

In other news, eight people from outside the film world have been chosen to introduce the Best Picture nominee clip packages. The New York Times confirms that tennis legend Serena Williams will announce “A Star is Born.” Grammy champ Kacey Musgraves is known to be participating on the Oscars and might also be one of the eight film presenters. Nominees for Best Picture are “Black Panther,” “BlackKklansman,” “Bohemian Rhapsody,” “The Favourite,” “Green Book,” “Roma,” “A Star is Born” and “Vice.”

SEEGrammys 2019 live blog: Kacey Musgraves and Childish Gambino are the big winners with 4 each

While not on an official press release, the Academy Twitter account confirmed a few days ago that 2018 champs Frances McDormand, Gary Oldman, Allison Janney and Sam Rockwell will be on stage for the 2019 ceremony. Producer Donna Gigliotti and co-producer/director Glenn Weiss have not revealed whether they will actually present any acting categories or not.

– Gustavo Dudamel and the L.A. Philharmonic will perform during the annual “In Memoriam” segment.

There has been no confirmation or information about “All the Stars” from “Black Panther,” but the original film version was performed by Kendrick Lamar and SZA.

Discuss all of these ceremony details and more in our notorious Oscar forums thread. As presenters are announced for the program, they will be added to the first post in that thread.