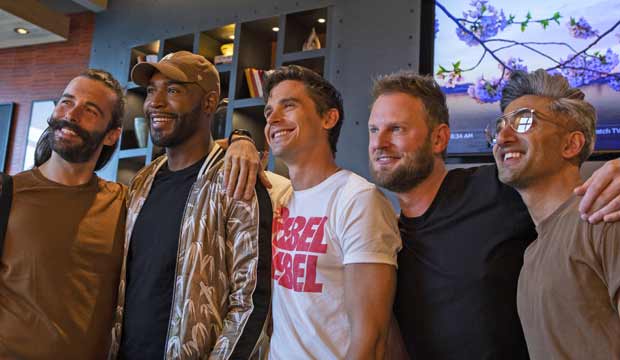 Can “Queer Eye” make Emmy history? The Fab Five from the Netflix series — Bobby Berk, Karamo Brown, Tan France, Antoni Porowski and Jonathan Van Ness — are contenders for Best Reality Host. But here’s the thing: no one has ever won Best Reality Host for a non-competition program.

Since Best Reality Host was established in 2008, I have found it unusual that the category has been almost entirely reserved for the hosts of competition shows. For the first four years there were only competition hosts in the running, with Jeff Probst (“Survivor”) winning every time. A non-competitive show finally broke through in 2012 with Betty White‘s first of three nominations for the prank series “Off Their Rockers.” Then Steve Harvey made the cut for the children’s talent show “Little Big Shots” in 2016. Martha Stewart and Snoop Dogg were nominated for “Martha & Snoop’s Potluck Dinner Party” a year later in 2017, and W. Kamau Bell has earned two straight nominations for “United Shades of America” (2017-2018).

The relative lack of non-competition reality hosts is odd because they’re often the focal points of their shows, as opposed to competitions like “American Idol,” “Dancing with the Stars” and “Project Runway,” where the focus is primarily on the talents of the contestants. That’s certainly true of “Queer Eye,” where its five hosts are front-and-center throughout each episode as they bring their expertise into the lives of people in need of an emotional, social and fashionable jump-start.

“Queer Eye” swept the Emmys last year, winning three of its four nominations including Best Structured Reality Program, but the Fab Five weren’t even nominated. We think that will change this year: as of this writing they rank third in our predictions with odds of 5/1. They’re behind only three-time defending champ RuPaul Charles for “RuPaul’s Drag Race” (16/5 odds) and two-time past winner Jane Lynch for “Hollywood Game Night” (4/1 odds). Can they also achieve the category’s first non-competitive series win?