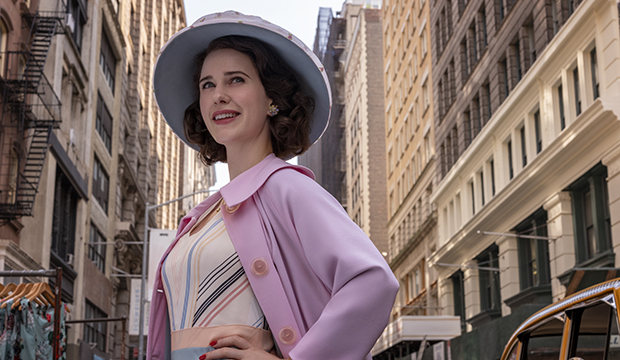 Rachel Brosnahan had won every major comedy actress award for the first season of “The Marvelous Mrs. Maisel” except at the Screen Actors Guild Awards, which didn’t even nominate the Amazon series. SAG-AFTRA rectified its oversight last year by giving the then-reigning Best Comedy Series Emmy champ all three of its comedy prizes, thus completing Brosnahan’s awards collection. Now, she’s trying to join the short list of multiple champs in the category.

In the SAG Awards’ 25-year history,  only five women have won comedy actress more than once — and all of them had back-to-back wins, which is what Brosnahan is attempting. Julia Louis-Dreyfus holds the record with five wins for two shows, “Seinfeld” and “Veep,” prevailing for the former in 1997-98 and the latter in 2014 and 2017-18. Tina Fey has four statuettes for “30 Rock,” including a three-peat from 2008-10. Megan Mullally also won three in a row for “Will & Grace” from 2002-04. And Betty White (“Hot in Cleveland,” 2011-12) and Uzo Aduba (“Orange Is the New Black,” 2015-16) had two consecutive victories. This also means that — outside of Fey, who won her fourth award in 2013, and not counting Brosnahan — every champ this decade has had back-to-back wins.

Brosnahan is currently in third place in our early odds, behind reigning Emmy champ Phoebe Waller-Bridge (“Fleabag”) and Catherine O’Hara (“Schitt’s Creek”), but don’t be shocked if she manages to defend her title. While the Golden Globes is quick to move on to new things, the SAG Awards likes the familiar; hence, why it often overlooks freshman breakouts like “Maisel” and “Homeland.”

But once it latches on to something, it might not relinquish its grip for a while. No one loves repeat champs more than the SAG Awards, even when the person or show is no longer an awards magnet elsewhere. This is the group that gave Alec Baldwin seven wins a row for “30 Rock.” “Maisel” also retained all four of its nominations from last year and leads the TV field.

Brosnahan could benefit from recency bias as well. Waller-Bridge is It girl, but “Fleabag” came out in May. The third season of “Maisel” just dropped earlier this month, so voters could be checking it out over the next few weeks while voting is going on.

Rounding out our top five are Christina Applegate (“Dead to Me”) in fourth place and Brosnahan’s “Maisel” co-star Alex Borstein in fifth.