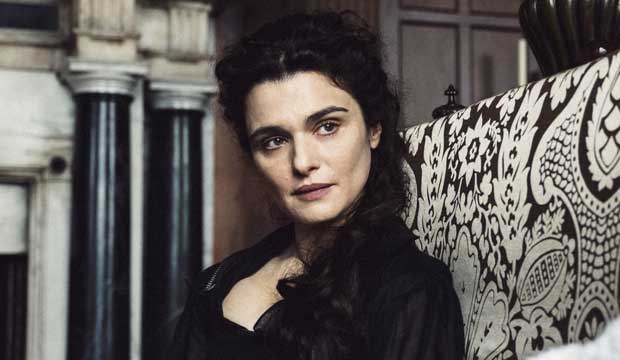 Rachel Weisz charmed the entire winners’ room backstage at the BAFTAs as she celebrated her first win for Yorgos Lanthimos‘ “The Favourite.” “I’m a bit shell-shocked,” she readily admitted in our interview. The actress had contended here 13 years for “The Constant Gardener” up in lead but lost to Reese Witherspoon (“Walk the Line”). Both went on to win Oscars, with Weisz contending in the supporting actress category. She could well win that Academy Award again this year.

The actress said any plaudits for her performance were only because of the efforts of her co-stars: Olivia Colman (who won the Best Actress award) and Emma Stone (who was also nominated in the supporting race). “My performance completely relied on the other two. I think it would be fair to say that each one of us relied on the other two. It was, I think, a true ensemble. They definitely, definitely made me better.”

Asked about the intimate scenes she shared with Colman, Weisz inquired, “How I snogged Olivia Colman? You want to know about that?” She said, with a laugh, “My mouth met hers and our mouths opened, I don’t know. There’s not really preparation involved in kissing someone, I don’t think. I don’t know of any techniques, anyway.”

The actress then explained, “My character was in love with her,” which went against the conventional wisdom that Weisz’ Sarah Churchill loved the power she held more than Colman’s Queen Anne herself. “They had been lovers since they were girls – teenagers. There wasn’t an age of consent for women anyway – we weren’t counted. It didn’t matter between women.” In conclusion, she says simply “No preparation – Olivia is just gorgeous and lovely,” concludes Weisz.

Weisz edged out Oscar rival Amy Adams (“Vice”) to the BAFTA and that moves her to second place in our odds chart. Regina King (“If Beale Street Could Talk”), who was snubbed at BAFTA, remains ahead. For now, that is. To quote Weisz’ co-star, Nicholas Hoult: Favor is a breeze that shifts direction all the time.