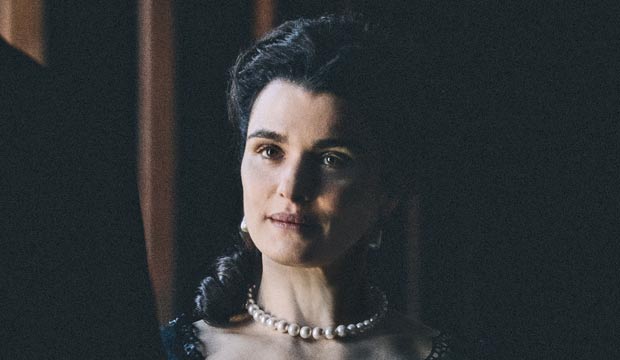 It has been 13 years since Rachel Weisz was nominated for and won Best Supporting Actress at the Oscars for playing a doomed activist in “The Constant Gardener” (2005). She hasn’t been up for an Oscar since then, but she’s on the right track for a return bid this year for her role in “The Favourite.” And it’s looking more and more like the door is open for her to win, which would make her only the third woman to win Best Supporting Actress twice, and the first to do so undefeated.

The first woman to double up in this category was Shelley Winters, who prevailed for “The Diary of Anne Frank” (1959) and “A Patch of Blue” (1965). Before those victories she had lost in the leading category for “A Place in the Sun” (1951), and afterwards she earned one last bid for “The Poseidon Adventure” (1972).

The next woman to win two supporting Oscars was Dianne Wiest. She prevailed on her first try for “Hannah and Her Sisters” (1986). Then she was nominated and lost for “Parenthood” (1989) before coming back to win for “Bullets Over Broadway” (1994).

For a while this year’s Oscar race for Best Supporting Actress looked like it would be smooth sailing for Regina King (“If Beale Street Could Talk”), who dominated the early critics awards with her performance as a protective mother trying to save her daughter’s boyfriend from a false accusation. But then King was snubbed by both the SAG and BAFTA Awards. Those prizes are bestowed by industry peer groups, just like the Oscars, so those snubs might be especially costly.

SEENicholas Hoult (‘The Favourite’): ‘There are surprisingly strange things that are true within’ the film [Complete Interview Transcript]

That could open the door for Amy Adams (“Vice”), who has been nominated five times in her career without winning, but the critical response to her film has been quite mixed, and she has already lost a couple of key televised prizes to King: the Golden Globe and Critics’ Choice Award. We have yet to see how Adams fares in a category without a King to crown.

That’s where Weisz comes in. She has consistently been nominated at the Golden Globe, Critics’ Choice, SAG and BAFTA Awards for playing the conniving Lady Sarah, the polar opposite of her do-gooder role in “Constant Gardener.” And since the BAFTA noms were announced on January 9, Weisz has already risen to the top of our predictions there, perhaps because she’s one of only two British actresses in her category (along with Claire Foy, who plays American in “First Man”) and she co-stars in the most nominated film at the BAFTAs.

Our forecasts say Adams has the advantage at the SAG Awards, but Weisz ranks second in those predictions with 4/1 odds. One of the Expert journalists we’ve polled, Variety’s Tim Gray, says Weisz will pull off an upset there, and if she does indeed win SAG and BAFTA there may be no stopping her at the Academy Awards.

There’s a possibility that Weisz could split votes with her co-star Emma Stone (“The Favourite”) at both events, but that wasn’t a problem for Wiest, who won her second Oscar over her “Bullets” co-star Jennifer Tilly. And just last year Sam Rockwell won Best Supporting Actor at the Oscars against his “Three Billboards” co-star Woody Harrelson. The fact that Stone just won Best Actress for “La La Land” two years ago may also help voters decide between the two; it has been much longer since they got to see Weisz on the Oscar stage, so they may be eager to see their favorite again.