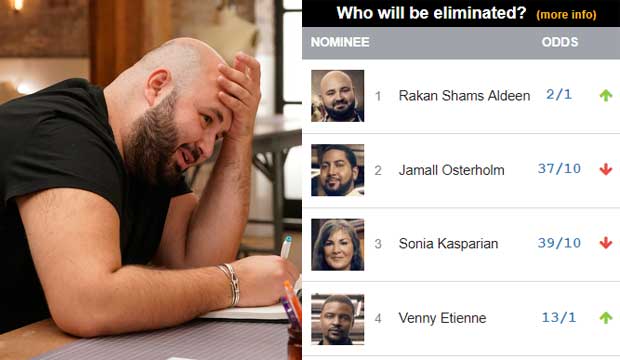 Tonight is the unconventional materials challenge on “Project Runway,” so can Rakan Aldeen survive after finishing in the bottom two in last week’s episode, “All the Rage“? This is an especially bad week to be in the judges’ crosshairs, and many of our readers who are predicting tonight’s show don’t think he’ll make it.

With more than a dozen designers in the competition, we didn’t see much of Aldeen in the first two episodes of “Runway” this season, and he advanced safely through the competition both times. He finally got more screentime in “All the Rage,” but not necessarily in a good way. The challenge was to design an entire look out of a single head-to-toe print. Christian Siriano thought he was in trouble right away when he was shopping at Mood and chose a bland beige fabric, but Aldeen bought it anyway against Siriano’s advice.

Aldeen wasn’t just having fabric problems. He was getting creative with elastic as a way to gather the fabric in the extra-long pants. Throughout the workday all that bunched-up beige was looking awfully tortured, and the judges thought so too when it came out on the runway. I’ll admit, though, that I actually liked the finished product. His ideas were thoughtful and imaginative, even if his execution wasn’t perfect.

Luckily for Aldeen, the judges admired his ideas enough to keep him in the competition. They decided to eliminate Nadine Ralliford for her unflattering animal print look instead. But going into an unconventional challenge right after landing in the bottom two adds exponential pressure to an already difficult week, and according to the combined predictions of Gold Derby users, Aldeen gets leading odds of 2/1 of being sent home.

SEEBattle of the sexes: 64% say a male designer will have the ‘Project Runway’ 17 win all sewn up, but who will it be? [POLL]

But maybe there’s hope. Just look at Kovid Kapoor. He struggled during the team challenge in “The Future is Here” and landed in the bottom two, but then he was one of the judges’ top three designers in “All the Rage.” In fashion, one day you’re in and the next you’re out, but sometimes it works the other way around too. Click on our elimination predictions graphs below for more detailed forecasts about tonight’s show. 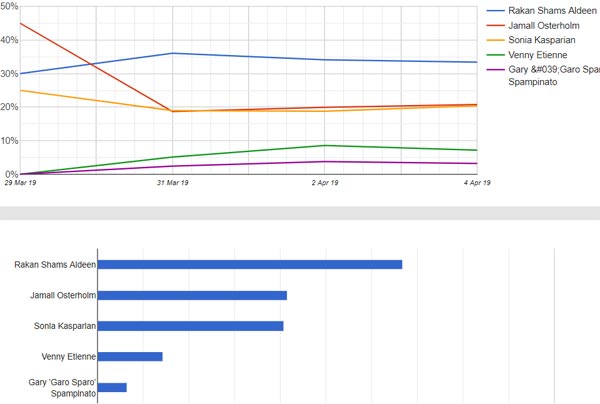