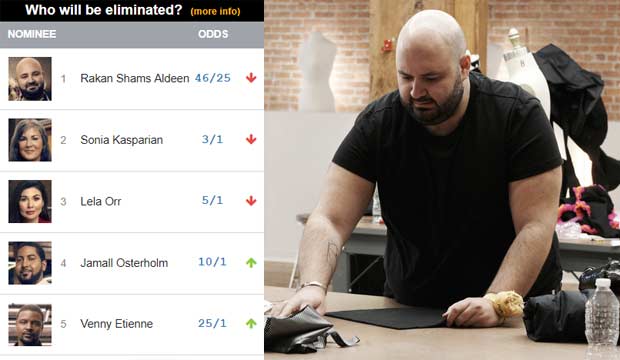 Rakan Shams Aldeen has had a shaky run on “Project Runway” so far. After he was nearly eliminated in “All the Rage” he got one of the highest scores in “Survive in Style.” But then he was back to the bottom three in “High Fashion to High Street.” The judges have been frustrated by his stubborn, set-in-his-ways approach to the design challenges, so will that finally be his downfall?

As of this writing, most Gold Derby users who have made their predictions say Aldeen’s days are numbered. He gets leading odds of 46/25 of being eliminated. He didn’t listen to mentor Christian Siriano when he expressed concerns about Aldeen’s drab fabric choice in the full-body print, and he ignored Siriano again when he was confused by Aldeen’s Syrian farmer concept for the “High Fashion” streetwear challenge; the judges didn’t see any streetwear elements in his resulting look.

While he was getting his critique from the judges, his fellow contestant Tessa Clark even noted that Aldeen is a talented designer but doesn’t like following the challenge rules. So he might really be in trouble tonight, when he’ll have to create a look for a video game heroine. If he struggled to interpret streetwear, what are the chances he’ll be able to figure out video game chic? Then again, the judges loved what he did with sleeping bag chic in the unconventional materials challenge, so never say never.

But he’s not the only one our users think might be in trouble. Sonia Kasparian ranks second in our predictions with 3/1 odds of elimination. She hasn’t gotten much attention from the judges thus far, except in “Survive in Style,” when her Mylar survival-wear was dead on arrival. But that was her only low score so far, so maybe we’re underestimating her fashion survival skills.

Who do you think will be eliminated tonight? Make or update your picks here before tonight’s show, and click on the elimination predictions graphs below for more detailed forecasts. 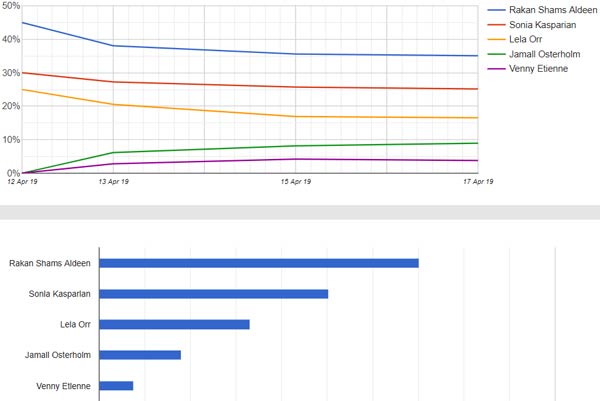