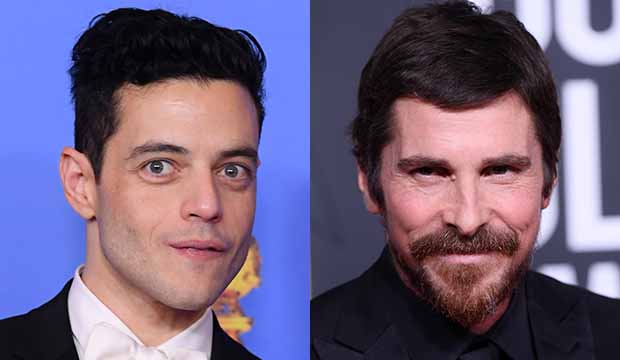 Rami Malek has already won two of the most important precursor awards with his Best Actor trophies for “Bohemian Rhapsody” at the SAG Awards and Golden Globes. But he should look out for that other Golden Globe winner — Christian Bale for “Vice” — because he is way overdue to win on his own turf at Sunday’s BAFTA Film Awards.

This is a complicated race to predict which way British loyalty will go. Malek has become the Oscar favorite in our Gold Derby odds. But BAFTA could help Bale swing the tide back in his direction. While Malek was born in the U.S., he is playing one of Britain’s most popular rock legends in Freddie Mercury. Bale on the other hand is in the reverse situation since he was born in Wales but is playing an American, former U.S. Vice President Dick Cheney.

SEEWhat a coinkydinky! Christian Bale might have been born to play Dick Cheney

One thing that clouds the race is that Bale surprisingly has never won a BAFTA. Back in 2010 when he was sweeping awards for “The Fighter” he won the Golden Globe, SAG and Oscar as Best Supporting Actor but he did not take the BAFTA. Geoffrey Rush instead took home that prize for “The King’s Speech,” which also won Best Picture and two other acting awards for Best Actor (Colin Firth) and Best Supporting Actress for (Helena Bonham Carter).

Bale has received three more BAFTA nominations since that upset loss for “The Fighter” so he does have a bit of an overdue narrative going with that particular award. He has been nominated at BAFTA for the same films which provided him with Oscar bids. Those films were “American Hustle” (losing Best Actor to Chiwetel Ejiofor for “12 Years a Slave”) and “The Big Short” (losing Best Supporting Actor to Mark Rylance for “Bridge of Spies”).

For the BAFTA event, Malek and Bale are up against Steve Coogan (“Stan and Ollie”), Bradley Cooper (“A Star Is Born”) and Viggo Mortensen (“Green Book”). At the Academy Awards, the Best Actor category drops Coogan and picks up Willem Dafoe (“At Eternity’s Gate”) instead.