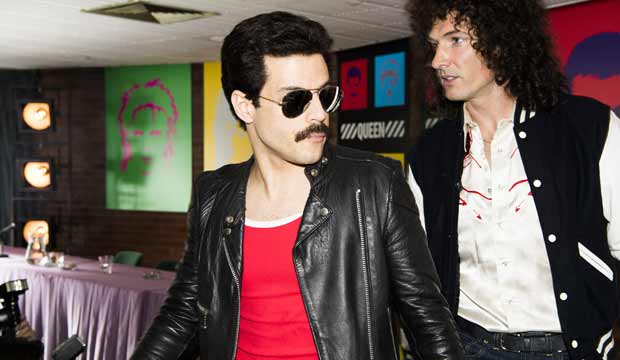 Rami Malek has been on an incredible awards run for his role as the late rock star Freddie Mercury of Queen in the film “Bohemian Rhapsody.” He has so far won most the televised awards: Golden Globe, SAG and BAFTA. Should he receive an Oscar as Best Actor on Sunday, February 24 he would also earn the distinction of being the first person to win that award while starring as a series regular on television. Malek won an Emmy for his performance in USA’s “Mr. Robot” and the final season of that show has been promised to premiere sometime in 2019.

SEEClean sweep for queer roles at the Oscars? The 4 acting winners could make history, and most of them get to live!

This may not sound like such a big deal to younger people but there was a time when the divide between a film actor and a television actor was quite a huge gap. In a recent interview with Gold Derby, Glenn Close (“The Wife”) discussed how when she took a role in what became a landmark TV movie called “Something About Amelia,” her agent felt she had ruined her film career by working in the lesser medium of television.

In the past Helen Hunt won Best Actress in 1997 while still starring on the TV show “Mad About You” and Cloris Leachman took Best Supporting Actress in 1971 while a cast member on “The Mary Tyler Moore Show.”

Interestingly Mahershala Ali has been appearing on the third installment of “True Detective” during the Oscar voting period, which probably has helped keep him in voters’ minds. The same thing happened to the first season’s star Matthew McConaughey, who won his Best Actor award for “Dallas Buyers Club” while that anthology series was airing. “True Detective” has a new cast every season so neither of those actors are series regulars like Malek is on “Mr. Robot,” so Malek still gets the distinction of being the first man to accomplish this feat should he win the Best Actor Oscar.