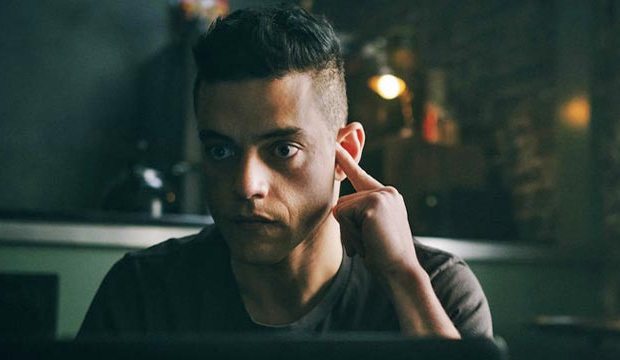 Rami Malek reached a legion of new audiences with the international blockbuster “Bohemian Rhapsody,” and he won an Oscar to boot. But when we asked our readers which award-winning performance they preferred from the actor, they picked Elliot Alderson, aka “Mr. Robot,” by an almost two-to-one margin. Scroll down for our complete poll results.

Malek won the 2016 Emmy for Best Drama Actor for “Mr. Robot,” and 60% of readers think that’s his greater role. He stars as Elliot, a computer hacker and activist plotting to take down an evil corporation he refers to literally as Evil Corp. But he also has a split personality. He’s also the title character, a more ruthless, anarchic man who’s like the Mr. Hyde to his Dr. Jekyll. Mr. Robot is also played by Christian Slater, and he’s also sort of Elliot’s father — it’s a long story.

But long stories are what TV is made for, and thankfully for fans of Malek’s performance this one isn’t over yet. “Mr. Robot” will be back for a fourth and final season to wrap up its labyrinthine conspiracies. And perhaps the actor’s sudden burst of Oscar notoriety will renew the Emmys’ interest in the show as well. After its first season was nominated for Best Drama Series and won Malek his acting award the series dropped out of the top categories.

The other 40% of our respondents say “Bohemian Rhapsody” is Malek’s crowning achievement. His performance as flamboyant rock star Freddie Mercury is a far cry from his paranoid, withdrawn “Robot” role, but it ended up grossing $214 million at the domestic box office and a total of $869 million worldwide, making it the most successful LGBT-themed film and the most successful music biopic of all time.

Do you agree with our results that “Robot” trumps “Rhapsody” in Malek’s career? See the results below and vote here if you haven’t already. 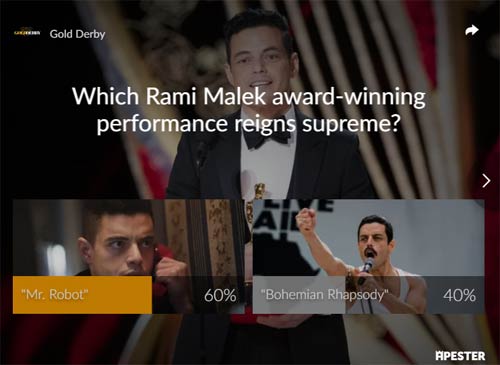