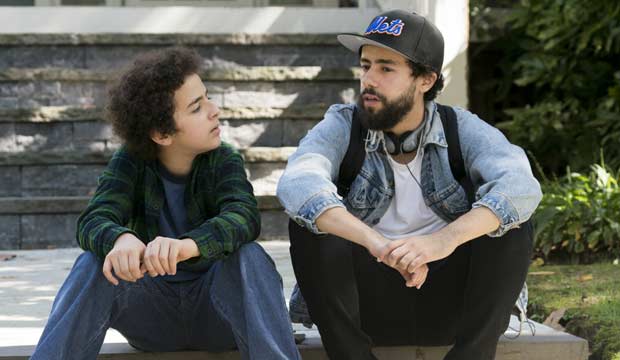 With “Atlanta” and “Master of None” sitting out this Emmy season, there aren’t as many culturally conscious auteur projects in this year’s comedy space. In comes “Ramy,” Hulu’s new series created by, produced by and starring comedian Ramy Youssef. It debuted on April 19 on the streaming service, and it has earned some of the year’s best reviews.

As of this writing the series has a MetaCritic score of 88 based on 12 reviews counted — all of them positive. And it has a perfect 100% freshness rating on Rotten Tomatoes based on 15 reviews counted. In it, Youssef plays the title character, a first-generation American and the son of Egyptian immigrants. That’s an underrepresented demographic as it is, but TV critics find this series especially unique among comedies in that the title character is devoutly religious.

So will “Ramy” make an impact at the Emmys? Hulu has yet to emerge as a major awards player in the comedy field, though it broke ground in drama categories with “The Handmaid’s Tale.” And while “Atlanta” and “Master of None” are out, there are a number of other acclaimed comedies in the running driven by stars who also write, direct and produce, like Bill Hader‘s “Barry,” Pamela Adlon‘s “Better Things” and Natasha Lyonne‘s “Russian Doll.” Nevertheless, “Ramy” could stand out thanks to its singular perspective.

Caroline Siede (The A.V. Club): “The show finds freshness in exploring those ideas within a religious context. ‘Ramy’ is frequently very funny, with a particular deftness with dark humor, but it has a weighty question at its heart: How do you live a devoutly religious life in the 21st century, particularly as a young, single, politically progressive person?”

Kathryn VanArendonk (Vulture): “Those multiple viewpoints provide some of the show’s funniest material, as ‘Ramy’ is fantastically adept at identifying the absurdities in Ramy’s many overlapping, often conflicting roles. But it also contributes to one of the show’s biggest strengths, which is its ability to capture the moments when Ramy is painfully blind to the people around him.”

Allison Shoemaker (RogerEbert.com): “‘Ramy’ is a comedy, and it’s a good one, but its clear priority is to have the jokes emerge from the characters being so carefully drawn, and from the worldview so frankly explored. That means that sometimes punchlines will arrive at inconvenient times, just as they do in life … So is ‘Ramy’ heavy? As is the case with many questions, there’s no simple answer. It is, and it isn’t. It changes as Ramy changes, and he changes not at all and quite a lot.”

Caroline Framke (Variety): “‘Ramy’ doesn’t always land every joke; sometimes, it even drops punchlines entirely in order to chase a more contemplative vibe that might not appeal to everyone. But to its credit, ‘Ramy’ isn’t especially trying to appeal to everyone. Instead, it digs into the specificity of its star’s perspective and experience to deliver something much more unique — and that, more than anything, is what makes it so worthwhile.”