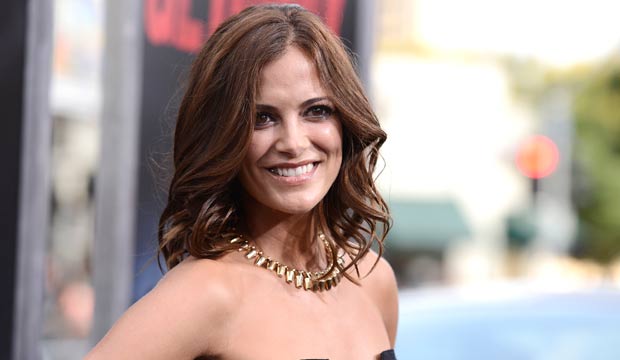 Rebecca Budig is on her way back to “General Hospital” this summer. It has been almost two years since the actress left the ABC soap, and her exit left a crucial relationship unresolved. So what do you think will happen when she returns? Discuss it in the comments below, and join the discussion with your fellow daytime TV fans in our forums.

Budig played Hayden Barnes on “GH” for two years (2015-2017). During that time Hayden found out that she was the daughter of Jeff Webber, which made her the sister of her nemesis Elizabeth Webber (Rebecca Herbst). Eventually, Hayden began a relationship with Dr. Hamilton Finn (Michael Easton) and became pregnant with their child. Scenes involving this storyline helped Easton earn a Daytime Emmy nomination for Best Actor in 2018.

However, Hayden skipped town and let Finn believe she lost their baby when in fact she was still pregnant. So Finn still believes his child is dead. He has since been dating Anna Devane (Finola Hughes), so presumably Hayden’s return (with a child in tow?) will complicate matters for everyone involved.

Though “GH” is Budig’s recent claim to fame, she’s probably still best known for her role as cosmetic executive Greenlee Smythe on “All My Children,” whom she played on and off from 1999 until the show went off the air in 2011. Her performance earned her two Daytime Emmy nominations for Best Supporting Actress (2001, 2003), and after the show ended she picked up a third Emmy bid for hosting the lifestyle show “Better.” She hasn’t yet been nominated for her role on “GH,” but maybe she’ll get her chance soon.