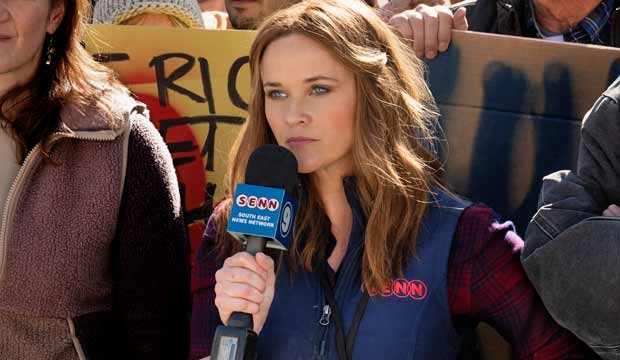 Ingenue Eve Harrington schemed her way past Margo Channing to claim the spotlight in “All About Eve,” and Apple TV‘s “The Morning Show” has a similar theme, with Reese Witherspoon‘s outspoken journalist Bradley Jackson positioned to take the limelight from longtime morning news host Alex Levy (Jennifer Aniston). In this case, though, Bradley is an unwilling participant in the power play between Alex and the network suits unlike the deliberately calculating Eve, but Witherspoon’s role could put her in the spotlight anyway.

Bradley is arguably the most sympathetic character in “The Morning Show” since she speaks her mind and wants nothing more than to escape the cutthroat machinations of the broadcast TV business. But Witherspoon also has the benefit of one of the drama’s showiest roles. When we first meet her she’s pushed to the brink while covering a protest at a coal mine, delivering a tirade that goes viral. And when she later auditions for an official spot on “The Morning Show” she dresses down producer Chip (Mark Duplass) in similarly explosive fashion. Critics have said of Witherspoon that she “tears into it with her usual twangy spirit” and that she “infuses the character with scrappy charm and complexity.”

So not only is Witherspoon’s role kind of like a more principled Eve Harrington (a role Anne Baxter earned an Oscar nomination for), she could also join the ranks of awards-friendly firebrands from Oscar nominee Holly Hunter in “Broadcast News” to Emmy nominee Amy Adams in “Sharp Objects.” Both women were nominated at the Golden Globes as well, which will be the first proving ground for “The Morning Show” on the awards scene.

And Witherspoon already has a strong Globes track record. In fact, the Globes honored her long before the Oscars or Emmys caught on. She was nominated for Best Film Comedy/Musical Actress for both “Election” (1999) and “Legally Blonde” (2001). Then she finally won that category for “Walk the Line” (2005), which was the film that won her her Oscar. She was additionally nominated for Best Film Drama Actress for “Wild” (2014) and most recently in 2018 for Best TV Movie/Limited Actress for “Big Little Lies.”

So will the Globes once again be the first to jump on the Witherspoon bandwagon? 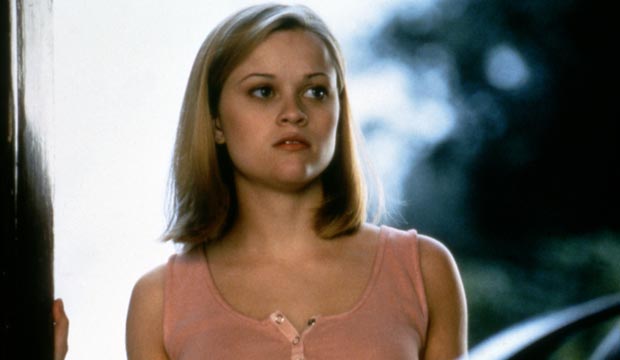