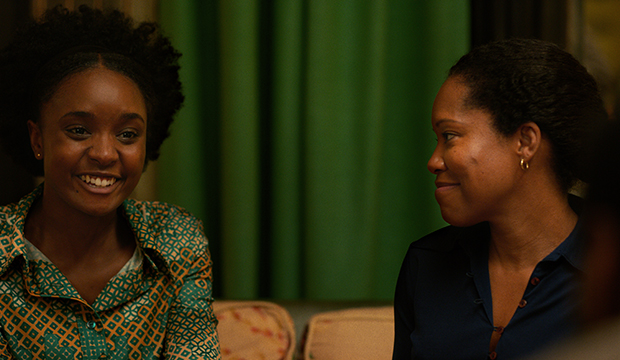 As expected, Regina King won Best Supporting Actress for “If Beale Street Could Talk” at Sunday’s Critics’ Choice Awards, a week after taking home the Golden Globe. And just like that, her televised precursor run is done until the Oscars since she was snubbed by the Screen Actors Guild Awards and BAFTA (she’s nominated at the Independent Spirit Awards, but that’s the day before the Oscars, so there’s no impact). So will the Globe and Critics’ Choice Award be enough for her to go all the way? It’s been done before.

Since BAFTA moved its ceremony to before the Oscars 18 years ago, two people have won the Oscar with just the Globe and Critics’ Choice Award: Chris Cooper for Best Supporting Actor in “Adaptation” (2002) and Sean Penn for Best Actor in “Mystic River” (2003). Cooper lost the SAG and BAFTA to Christopher Walken (“Catch Me If You Can”), who was not nominated at the Globes or Critics’ Choice, the latter of which had three nominees back then. Penn lost the BAFTA to Bill Murray (“Lost in Translation”) and the SAG in a surprise to Johnny Depp for his comeback turn in “Pirates of the Caribbean: The Curse of the Black Pearl.”

The main difference between these two and King is, of course, Cooper and Penn were still nominated at SAG and BAFTA, the two industry groups of the four major precursors with membership overlap with the academy. Even though they didn’t win, they were invited to the party, so their situations weren’t as precarious as King’s. (As we previously mentioned, she’s currently mimicking Sylvester Stallone, who ultimately had an unsuccessful Oscar run for 2015’s “Creed” with Globe and Critics’ Choice victories, and SAG and BAFTA snubs.)

Cooper’s SAG and BAFTA losses could be explained by the fact that Walken had never won either award before; the SAG Awards didn’t exist when Walken won his Oscar for “The Deer Hunter” (1978), which was released a year later in the U.K., pitting him against Robert Duvall (“Apocalypse Now”), who won the BAFTA. Penn, meanwhile, was nominated against himself at BAFTA for “21 Grams,” so he could’ve split the vote among the Brits, who awarded Murray, his season-long rival, the critical favorite and comedy/musical Globe champ. And Depp’s SAG upset was one of those populist votes for a longtime star in what would become an iconic role in an unexpected box office smash, but he was probably running in third overall.

When it came time for Oscar, the academy went with Cooper, who didn’t have an Oscar, over Walken, who has one, and the person who had the stronger overall film; “Adaptation” had four bids, including three for acting, while “Catch Me If You Can” had one other nomination, for score. The following year, Penn edged out Murray with his overdue narrative as one of our greatest living thespians who doesn’t have an Oscar yet. Plus, it was a louder performance compared to Murray’s subtle work, and “Mystic River” had six nominations to “Lost in Translation”‘s four, scoring a second win for Penn’s co-star Tim Robbins.

King would need very specific outcomes to mirror Cooper’s or Penn’s paths, along with “Beale Street,” which has underperformed so far, over-performing with the academy. Of our predicted Best Supporting Actress nominees, “The Favourite” stars Rachel Weisz and Emma Stone are the only former Oscar winners, for “The Constant Gardener” (2005) and “La La Land” (2016), respectively, so if either prevails at both SAG and BAFTA, she could be the Walken to King’s Cooper. However, if Amy Adams (“Vice”) wins both, she could lean into her overdue narrative a la Penn, who was on his fourth Oscar nomination at the time; Adams would be on her sixth. King’s best hope would be for SAG and BAFTA to go to different people like it did for Penn, so consensus and momentum isn’t coalescing around one alternative to her.

Momentum is key here because the momentum for King, after dominating the critics awards and delivering two great televised speeches, is going to slow down now by virtue of her SAG and BAFTA snubs (she wasn’t even nominated on the TV side at SAG for “Seven Seconds”). She’s not going to get to give another great speech to a rapturous standing ovation again, so she may want to try to present at these things just for the exposure and to remind everyone, “Hey, I’m still here, guys.”

If King does pull this out, she’d defy a lot of stats, but we just had a Best Picture winner without a SAG Award ensemble nomination for the second time ever, so maybe it’s time for another stat break.