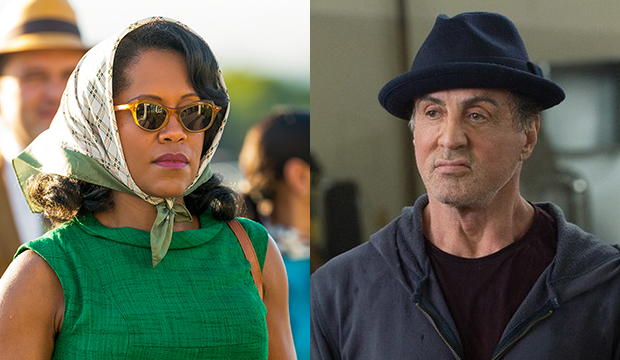 Regina King‘s road to Oscar hit another speed bump on Wednesday when she was snubbed by BAFTA in Best Supporting Actress. While her omission wasn’t entirely surprising — the subtle “If Beale Street Could Talk,” which got just two nominations, isn’t really BAFTA’s cup of tea — combined with her very shocking Screen Actors Guild Awards snub, it puts her in the exact same boat Sylvester Stallone was in three years ago for “Creed,” and we all know how that turned out.

Like Stallone, King is the perceived frontrunner in her race and has already taken home the Golden Globe, a much-needed victory in light of her SAG snub. Stallone also received the Critics’ Choice Award, which King is favored to win as well. The erstwhile Rocky Balboa was left off both the SAG Awards’ and BAFTA’s shortlists for Best Supporting Actor, which was alarming, but many felt that those were surmountable since he was reprising a beloved, iconic role in a beloved, iconic franchise that he created. Plus, the SAG champ, Idris Elba (“Beasts of No Nation”), wasn’t Oscar-nominated. In the end, though, the Oscar went to BAFTA champ Mark Rylance (“Bridge of Spies”).

Will King go the way of Sly? In retrospect, we should’ve taken Stallone’s SAG and BAFTA snubs more seriously instead of being clouded by nostalgia. SAG and BAFTA, both of which share members with the academy, are the industry; the Golden Globes and Critics’ Choice Awards, while major televised precursors, are not. The SAG and BAFTA didn’t even go to the same person in Stallone’s year, but if one of King’s rivals wins both — like Amy Adams (“Vice”), who would be on her sixth Oscar nomination — that might be enough for Oscar. Cate Blanchett won Best Supporting Actress for “The Aviator” (2004) with the SAG and BAFTA combo.

But King does have some advantages that Stallone did not. Unlike Stallone, she likely won’t be the sole nomination for her film, which is in contention in such categories as Best Picture, Best Adapted Screenplay and Best Original Score. And as a TV and film veteran, she’s built up tremendous goodwill and respect in the industry, pulling off three Emmy upsets in four years. There was a ton of love in the room for King when she won her Globe and declared she’d produce projects with 50-50 female-male staffs. Stallone also received a standing ovation when he won his Globe, but his action movie-heavy resume might’ve been less impressive, to put it charitably, to academy snobs.

It’s not over yet for King, but a lot of things will need to break her way.