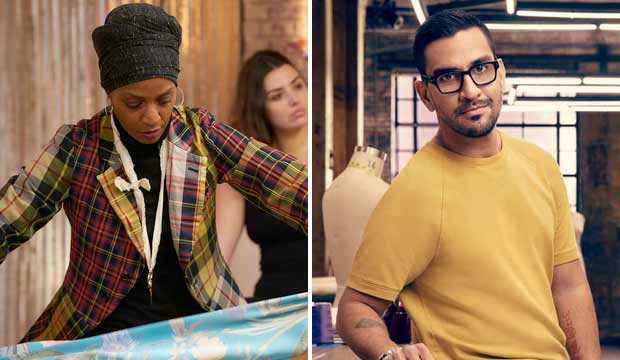 Sebastian Grey‘s sophisticated designs and impeccable tailoring made him the early front-runner to win “Project Runway” season 17. He led in our odds for several weeks, but there’s a new designer at the top according to the fans we’ve polled this week in our predictions center. They say Renee Hill is now the woman to beat. Do you agree? You can make or update your own forecasts right here before tonight’s show.

Grey and Hill have both wowed the judges with their polish. Grey won the design challenge in “The Future is Here,” where he not only had the winning look but also helped construct one of his teammates’ looks so that his entire team could claim victory. That earned him immunity in the next challenge, so the judges were even more impressed that he made such an incredibly sophisticated look in “All the Rage” when he could have phoned it in. He has had nothing but safe scores since then, but frankly I thought he should have won the design challenge last week in “Elegance is the New Black” too with his gorgeous orchid-inspired look.

Hill was a hit with the judges right out of the gate. She was the runner-up in the season premiere design challenge. And though she hit a rough patch during the team challenge, she came back to win the unconventional materials challenge in “Survive in Style.” But like Grey, she has gotten a string of safe scores for the last few weeks.

As of this writing Hill leads our predictions with odds of 14/5, while Grey is in second place with odds of 31/10, but those odds are so close they’re virtually tied. Do you think they’re the designers to beat, or are we underestimating any of their seven remaining rivals?